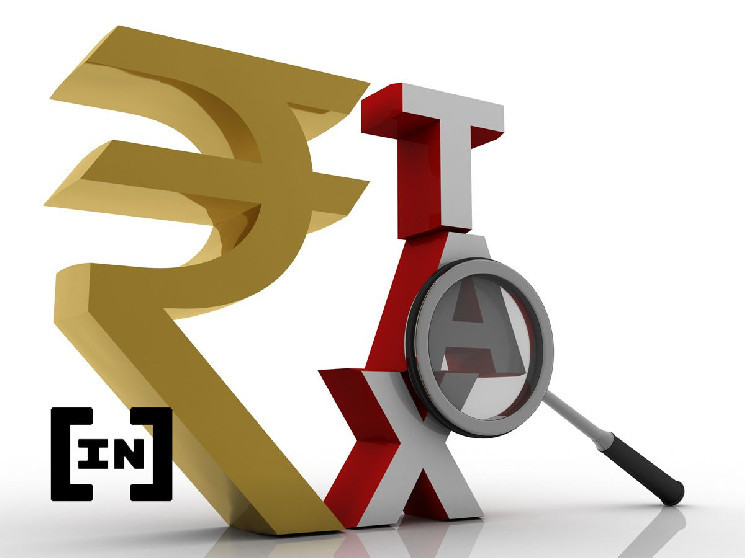 India is proposing to amend its goods and services tax (GST) to include cryptocurrencies for taxation purposes.

In a report, the Hindu said only 18% GST is currently levied on services offered by crypto exchanges and is categorized under financial services.

“There is clarity needed in regard to levy of GST on cryptocurrencies and whether it has to be levied on the entire value. We are seeing whether cryptocurrencies can be classified as goods or services and also removing any doubt on whether it can be called an actionable claim,” a GST official said.

One GST official compared cryptocurrencies to casinos, lottery, gambling, betting, and horse racing which are taxed at 28% on the entire value of the transaction.

However, another official believes that if the GST is levied on the entire transaction of the crypto, then the tax rate should be between 0.1 to 1%.

The official added: “Discussions are in a nascent stage on the tax rate, whether it would be 0.1% or 1%. First, a decision on classification will have to be finalized and then the rate will be discussed.”

“Today’s income tax collection is expected to rise further till March 30. Our gross and net collections in the last five years and the history of the tax department are optimal. Our gross numbers have crossed Rs 15 lakh, (approximately $20,000) which we could never touch earlier,” Mohapatra said.

However, Mohapatra said that the 1% tax deducted at source (TDS) would be implemented on July 1 this year.

Early this month, the country’s central bank, the Reserve Bank of India (RBI), said it was looking to issue a central bank digital currency (CBDC) rather than a cryptocurrency that RBI could regulate.

Indian State Minister in the Ministry of Finance Pankaj Chaudhary told India’s upper house of parliament that the central bank has no plan to issue a cryptocurrency.