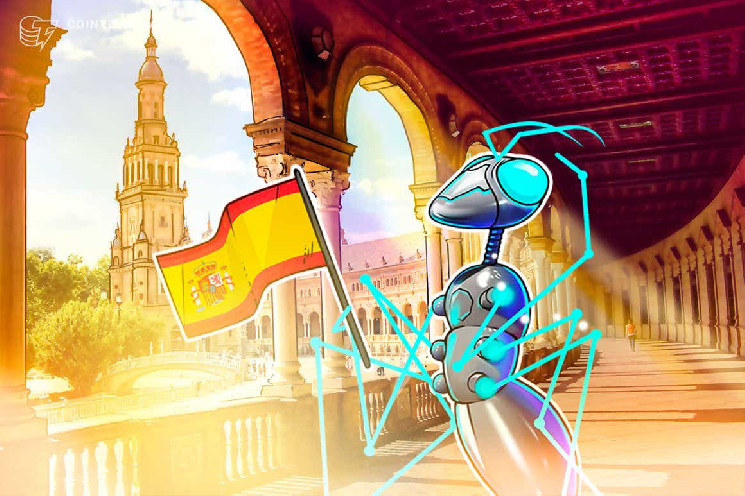 In Spain, companies across various industries — not just digital finance — have begun to apply blockchain technology to their operations. This disruptive technology has promoted pioneering projects in the country that are expected to add 20 billion euros to Spanish gross domestic product by 2030.

As expectations around this technology increased in Spain throughout 2021, so did investment, hype and concerns regarding the stability and regulation of digital assets.

Here, we will take a look at some of the most notable developments in the Spanish cryptocurrency and blockchain ecosystems throughout 2021.

The Central Bank of Spain together with the National Securities Market Commission issued a statement in February 2021 warning citizens about the risks of cryptocurrencies as an investment.

The statement noted that there is still no regulatory framework in the European Union to regulate cryptocurrencies, nor does it provide guarantees and safeguards similar to those available for other financial products like stocks and bonds.

As part of the effort to regulate and keep digital currencies operations under scrutiny, at the beginning of July, the Spanish Ministry of Finance announced the “law to prevent and fight against tax fraud.”

Herein, the Treasury will require the declaration of income tax and digital currency assets, as well as reporting payments and collections made with cryptocurrencies.

Local media then reported that “this regulation introduces an obligation to provide information on the balances held by the holders of virtual currencies and on the operations in which they are involved. This same obligation extends to those who make initial offers of new virtual currencies.”

Fintech industry gets a sandbox to play in

In May, the Secretary General of the Treasury and International Financing published a resolution that included a list of the first projects admitted to the Spanish Regulatory Sandbox.

The sandbox will allow a select group of companies to test new business models in a closed environment, overseen by the Bank of Spain, the General Directorate of Insurance and Pension Funds and the National Commission of Markets and Securities.

The digital euro in the municipal code

In July, Juan Berenguer, the mayor of El Campello — a town in the Eastern Costa Blanca in Valencia — reported that the municipality has been chosen to host a local digital currency project, complementary to the digital euro, in order to study how such a change to currency in the Eurozone would “be accepted by society.”

The initiative also aims to determine how both public and private jurisdictions can participate in the design, research and testing of a central bank digital currency.

The city of Zamora, the capital of the eponymous province in northwest Spain, hosted an online workshop devoted to the development of blockchain technology and cryptocurrencies.

The event titled “Discover the secrets of blockchain and cryptocurrencies and how to apply them in your company” and hosted by the Zamora Chamber of Commerce was aimed at small and medium-sized companies with payrolls of less than 10 workers “who wish to improve their digital marketing strategy.”

Use cases and innovation

Outside of finance, blockchain saw innovative applications in civil and administrative contexts.

In February, over 2,000 people in Catalonia participated in a poll conducted using blockchain technology. The initiative was developed through the Vocdoni digital platform which allowed results to be calculated minutes after the polls closed.

In the educational field, the University of Murcia announced that it will issue certificates in blockchain through Blockcerts.

The Spanish university issued blockchain certificates to the attendees of the Crue-TIC 2021/2022 “Disruptive Technologies by the Digital University” conference, where participants discussed the applications of artificial intelligence, data analytics and big data, blockchain, cloud tech and 5G.

A Spanish project that uses blockchain technology was a finalist in the European Digital Mindset Awards in the “Best Digital Accelerator in the Public Sector” category.

Endesa’s electricity-focused blockchain project Confía conducted a pilot in collaboration with the Malaga City Council and the University of Malaga.

Toward the end of the year, the blockchain center of Catalonia announced that it will launch Carvers, a Catalan metaverse. The new monolingual metaverse seeks to promote the Catalan language and culture on the internet.