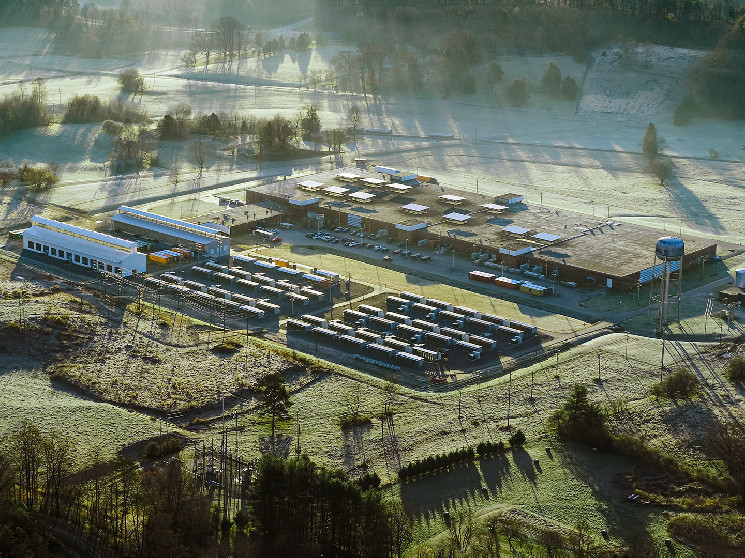 The situation is “much closer to Hertz and Ford and Delta than FTX,” Core Scientific (CORZ) Chief Mining Officer Russell Cann told CoinDesk, explaining that he expects the company will emerge stronger from the reorganization process.

Operating its own bitcoin (BTC) mining rigs and serving as a host for others, Core Scientific accounts for about 10% of the entire hashrate of the Bitcoin network, with computing power of nearly 25 exahash/second (EH/s). According to its Twitter, Core Scientific mines about 50 bitcoin per day for itself, and its most recent monthly update shows 1,295 bitcoin mined in October.

Coming after months of turmoil for the crypto mining industry, which has been squeezed between low prices hurting revenue and higher energy costs lifting expenses, Wednesday’s Chapter 11 filing wasn’t a surprise. CORZ shares had already lost about 99% of their value over the past year, and the company had warned of a possible bankruptcy two months ago.

Cann told CoinDesk that, operationally, it’s business as usual at the company, but the bankruptcy filing will now allow for “the restructure of the balance sheet.”

Most of Core Scientific’s customers that already have machines or contracts with the company’s hosting business won’t be affected by the bankruptcy, said Cann. The company, however, is considering selling two of its facilities, said Cann, but that was under consideration before the bankruptcy. The two sites are still under development and house none of their own machines, nor do they pertain to any existing hosting contracts, he said.

Core Scientific has no plans to sell mining machines, unless in the normal course of business.

As for Celsius Mining – Core Scientific’s largest hosting client and also going through a Chapter 11 restructuring with its parent, Celsius Network – Cann said the bankruptcy courts might get involved in their ongoing disagreement.

Celsius Mining has claimed that Core Scientific violated the terms of bankruptcy by failing to host some of its machines and trying to pass through increased electricity costs. Core Scientific, meanwhile, has been routinely passing on increased energy charges to its hosting clients.

The two sites that Core Scientific might be selling are in Muskogee, Oklahoma, and Barstow, Texas, that had been hoped to be operational in 2023, said Cann. “If anyone wants to turn on machines in 2023, their best shot is a site that Core has been working on for 18 to 24 months,” he said.

Core Scientific is in a prearranged bankruptcy, as opposed to a prepackaged or a free fall process, the chief mining officer said. That means that the company has agreement from a majority of debt holders, but not all. Bankruptcy courts can sometimes be used to force those that are holdouts to comply with the plan.

One of the company’s largest unsecured creditors is investment bank B. Riley (RILY) – which earlier this week published a curious letter proposing a debt restructuring deal for Core Scientific. B. Riley is working closely with the miner, Cann said. The investment bank’s proposal required that all the equipment lenders had to agree to the plan, he added. “Since we’re sitting here today, obviously, all the equipment lenders didn’t agree,” Cann said.

B. Riley shares are lower by 8.6% on Wednesday despite a rising stock market.

According to the restructuring plan, the secured debt convertible noteholders will get equity. The current equity and unsecured holders will get warrants such that as the company grows they will get more shares, Cann explained.

The plan also involves about $75 million in debtor-in-possession credit facilities. In its letter, B. Riley estimated that $72 million would give Core Scientific two years of runway.

“One can argue there is no major impact on the industry – Bitcoin network continues to operate […] and new blocks are created every 10 minutes,” said Juri Bulovic, head of mining at mining company Foundry. The bankruptcy, he said, is a good reminder of the volatility of the market.

Foundry CEO Mike Colyer said he “has no doubt that Core’s team will manage to navigate this difficult time and come out of it stronger.”

At the same time, Colyer warned that “if you are caught taking on more risk at the wrong or unfortunate point in the bitcoin cycle, you may get wiped out – no matter how big or small you are, or how seasoned and experienced your team is.”

“Taking leverage to hodl isn’t a great idea in bitcoin mining, which seems so obvious but also shows how easy one can be blinded during the bull market,” said Wolfie Zhao, head of research at TheMinerMag, the data and research arm of mining consultancy BlocksBridge.

The bankruptcy filing might also send the share price of miners on a renewed downward trend. “This will be the first Chapter 11 of a publicly listed mining company, likely triggering a market wide sell off as investors derisk their portfolio by moving out of mining equities,” said Ethan Vera, chief operations officer at mining services firm Luxor.

The situation “will make lenders, especially TradFi [traditional finance] ones, rethink how they evaluate the credit of mining companies from treasury strategy perspective when negotiating loan deals in the future,” Zhao said.