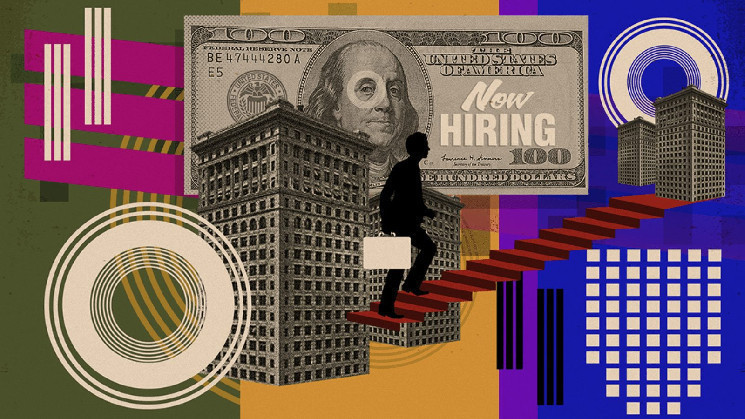 Blockchain.com has appointed Marissa Brooks to craft an innovative sports and entertainment partnership strategy for the crypto company.

Brooks founded 4WRD, a company focused on brand partnerships and events for leading luxury brands and clientele. She began her career with the NBA’s Miami Heat, where she managed corporate partnerships for a decade.

She will work to create relationships with teams, leagues, athletes and entertainers to support the crypto platform’s growth. Blockchain.com recently closed a funding round that raised its valuation to $14 billion.

Crypto.com added Duncan DeVille as executive vice president of compliance in the Americas, as well as its global head of financial crimes compliance.

DeVille joins the crypto firm from Western Union, where he also headed financial crimes compliance. Before that, he led the Office of Compliance and Enforcement at the Financial Crimes Enforcement Network in the US Department of the Treasury.

Varun Paul, who recently led the Bank of England’s fintech hub, recently revealed in a LinkedIn post that he would be joining crypto custodian Fireblocks.

Paul spent nearly 14 years at the bank. Before his most recent role there, he led a project on the Bank of England’s role in the future of the financial system.

Canada’s first qualified custodian for digital assets has brought in Didier Lavallée as its CEO.

The new chief executive, who was most recently Royal Bank of Canada’s head of product and custody, joins Tetra Trust Company as it seeks to build out its crypto custody solutions.

Founding Tetra CEO Eric Richmond “has other business obligations that require his attention now,” Tetra Board Chair Jenna Kaye said in a statement.

Smith was most recently the managing partner of Deep Basin Capital, an energy-focused hedge fund that he founded in January 2017.

He currently serves on Stronghold’s board of directors and is the chairperson of its audit and compensation committees. Though Smith will resign from the committees, he will remain on the board.

Oberholzer was previously chief growth officer and a member of the management board at the Cardano Foundation. She made her blockchain industry debut as chief marketing officer of Switzerland-based SEBA Bank, where she formed part of the team that obtained the first banking license for crypto banking services.

Centre, the Circle- and Coinbase-founded consortium to serve as a network-governing and standard-setting body for blockchain financial services, has onboarded new talent.

Linda Jeng is set to join Centre as its chief policy and regulatory officer, while Danielle Harold will work as chief operations officer.

Jeng has previously worked at the Federal Reserve, the Financial Stability Board, US Treasury, US Senate, the SEC, and the Office of the Comptroller of the Currency (OCC).

Harold joins from stablecoin payment system Diem Association, where she was head of business and payments operations.

Pomraning was most recently the chief revenue officer at tech services provider Pico and was also the global head of product management, technology and quantitative research at Investment Technology Group. He has held senior-level positions at JPMorgan, Lehman Brothers and Barclays Capital.

Spelker held the same role at technology company Innodata Inc., from where he joins. He was also an audit partner and national director of SEC Services at accounting firm CohnReznick LLP for 20 years.

The appointment follows the company’s addition of Robert Sherry as chief operating officer and Glen Garofalo as head of margin and risk solutions.

In case you missed it, digital asset custodian Copper revealed Monday that it hired five former Bank of America Merrill Lynch employees to lead the expansion of its prime infrastructure offerings.