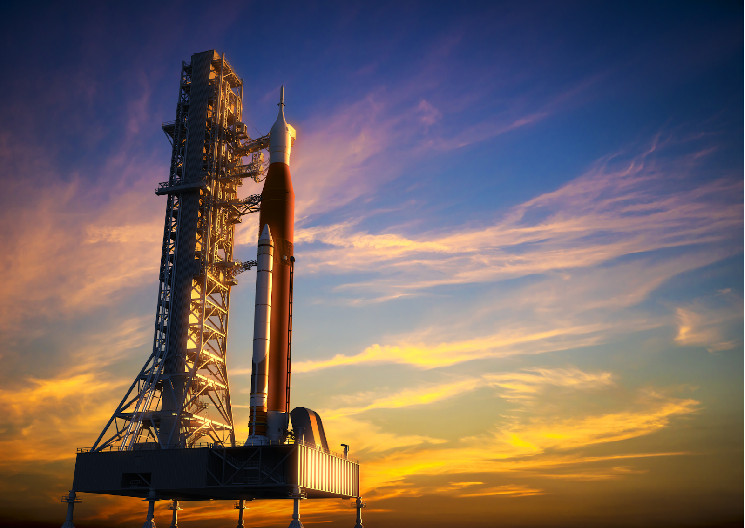 Investors who’re looking to get rich by riding the crypto wave understand that those who get in early enough will enjoy the richest rewards. For many people in fact, one of their biggest dreams is to identify the next red-hot crypto token that’s going to “moon” and see its value increase by thousands of percent.

There’s every reason to believe it can happen. New cryptocurrencies are popping up on an almost daily basis. According to Statista, there were almost 10,000 different tokens circulating through the crypto world at the end of February, many of which are new projects that have barely gotten off the ground. The danger for investors however is that the crypto world is notorious for being choc-a-block full of scams and ‘shitcoins’ that can leave investors with egg on their faces, holding bags of worthless tokens.

It’s for this reason that crypto launchpads have become so popular. Also known as crypto incubators, these are digital platforms that enable up-and-coming blockchain projects to raise capital from early investors. They enable startups to showcase their projects and value proposition to a large audience of crypto enthusiasts and try to secure financial backing. Not only can they raise funds through an early token sale, they can also build communities that will support their future development.

For investors, the key benefit of a launchpad is the strict vetting process that’s designed to protect them against scammers. The launchpad will investigate each project’s founders and team, its use case and the solution it implements to ensure it is actually a viable project and not some kind of rugpull scheme. In addition, investors gain early access to multiple projects on one platform.

The native tokens of crypto launchpads themselves can also be a good investment. Because investors are required to stake these tokens in order to participate in Initial Coin Offerings (ICOs) and Initial DEX Offerings (IDOs), their value can rise significantly if the launchpad proves to be successful.

What Makes a Great Launchpad?

Numerous crypto launchpads have emerged over the past few years, with some of the biggest names being Polkastarter, GameFi, MakerDAO and Trustpad.

These launchpads have succeeded because they offer lots of interesting projects to choose from and provide a strong vetting process to weed out the scam projects and protect investors’ funds.

That said, many of the biggest launchpads in crypto today can seem a bit elitist as they’re only open to the biggest wallets. The problem is they require investors to stake a large amount of native tokens to be able to participate in new token sales. Polkastarter, for instance, requires investors to stake 3,000 $POL ($5,520) to invest in any new project.

Because of this high barrier to entry, one of the most promising launchpads for new investors is UpLift DAO, which wants to make it possible for anyone to participate in its pre-sales and get early access to the projects it backs. UpLift DAO is a decentralized autonomous organization, which means all decisions – including those around which projects to support – are taken by the community. That’s different from other launchpads, where decisions are made by a small clique of executives.

To participate in IDOs on UpLift, investors are required to stake just 100 $LIFT tokens (around $14). Not only does that mean it is far more accessible than rival platforms, in addition it allows smaller investors to invest more of their funds into the actual projects they’re interested in, as opposed to tying up their capital by staking.

UpLift benefits investors in other ways too. It offers a unique referral program that enables members to receive $LIFT tokens each time they refer someone who participates in one of its IDOs. Investors also receive rewards for staked $LIFT each day.

It’s an idea that has quickly caught on, with UpLift boasting a community of investors that spans more than 80 countries. One of the reasons it’s so popular is that, besides just being accessible, UpLift goes further than most launchpads with the extended support on both the legal and development side it offers to projects. The idea is to help projects grow a strong community post-IDO. To do this, UpLift leverages an extensive network of venture capitalists, influencers and key opinion leaders, ensuring that each project it backs has the best possible chance to achieve its goals – thus increasing the prospects of a decent return for its investors.

Like all good launchpads, UpLift supports projects across a range of popular crypto use cases, including areas such as GameFi, the metaverse, NFTs, decentralized exchange projects, DeFi and infrastructure platforms. Despite only launching in the third quarter of 2021 it has already completed a number of successful IDOs. One of its most recent launches saw NFT4Play, a Play2Earn iGaming platform, raise 200,000 $BUSD in February, while the NFT marketplace YouMinter garnered an impressive 450,675 $BUSD during UpLift’s first-ever IDO in December.

UpLift’s early success is no surprise because crypto launchpads in general have been gaining a lot of attention over the last year. Launchpads provide key benefits to both investors and startup projects, helping the former to weed out scams and the latter to raise capital quickly and easily. By making launchpads more accessible and helping projects to build strong communities of users that grow organically over time, UpLift has more than lived up to its name so far. With dozens of new projects on the horizon, it’s clearly going to be one to watch.