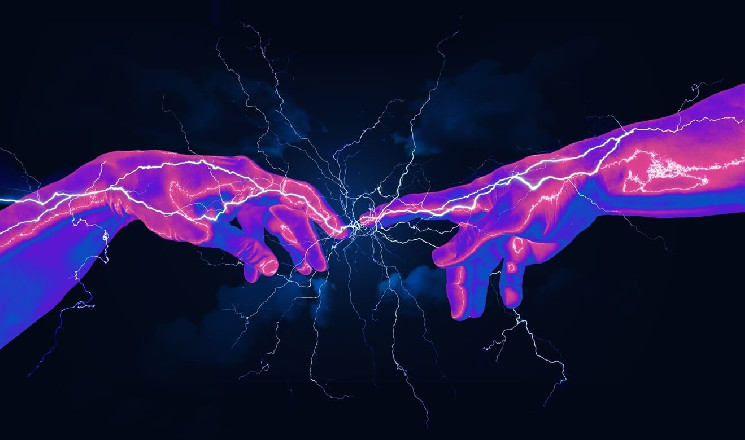 From the outside, it might look like the Lightning Network (LN) is a classic example of vaporware. It has long been touted as the layer-two solution that will make Bitcoin (BTC) more viable as an everyday medium of exchange, yet the fact remains that Bitcoin still isn’t used on a large scale for payments.

Yet a steady stream of crypto exchanges have been integrating with the Lightning Network in recent weeks and months, including Robinhood, Kraken, AAX, Paxful, and OKX. This follows earlier integrations by the likes of Bitfinex, Bitstamp, and CoinCorner, as well as integrations by wallet or payment providers such as Cash App and BitPay.

However, as impressive as this growing list of integrations might look, just how beneficial has the Lightning Network been for exchanges, and what kind of user is using it? According to at least one exchange, growth in LN use has been gradually ticking upwards for a while now, even if the status of Bitcoin as ‘digital gold’ continues to impose limits on its wider employment.

One thing is for certain: the Lightning Network has been growing over the past few months, as indicated by various network metrics.

For instance, nodes running the Lightning Network protocol reached just over 20,000 from the beginning of February, having stood at 9,000 a year previously. This is basically equal to all active Bitcoin nodes, with reachable Bitcoin nodes currently standing at just over 15,000.

Likewise, the amount of BTC being held and handled by the Lightning Network is growing, with the network currently hosting some BTC 3,634, up from BTC 1,204 a year ago (a rise of 200%).

Given that some BTC 19m have already been mined, this quantity is hardly substantial, but its rise testifies to growing Lightning Network involvement from exchanges and other cryptocurrency service providers.

As noted above, this includes Paxful, the peer-to-peer exchange that integrated with the Lightning Network in September. As the exchange wrote at the time, the integration enables “users to transfer Bitcoin in a matter of seconds with much lower fees.”

According to Paxful, Lightning Network integration is good for exchanges, largely because it enables them to make their transfer and withdrawal fees more competitive and thereby draw in new customers.

“Since we launched Lightning last fall, our weekly volume of deposits has increased 3x. Bitcoin deposits and withdrawals still make up the lion’s share, but there’s no denying Lightning’s continued growth on our platform,” Paxful CEO and founder Ray Youssef told Cryptonews.com.

Other exchanges, which have integrated Lightning Network more recently, were unable to report back to Cryptonews.com with meaningful figures or estimates of LN usage. However, if the example of Paxful is anything to go by, an embrace of the layer-two solution can help them attract a more internationally diverse customer base, composed particularly of people looking to send lower amounts of BTC.

“We’ve seen users in over 70 countries use Lightning on Paxful. Lightning sendouts map back to countries leading Bitcoin adoption, including the United States, Nigeria, Ghana, and India,” said Youssef.

Interestingly, he also notes that Paxful’s median Lightning sendout for 2022 is less than USD 30, which is less than the exchange’s median BTX sendout amount. For Youssef, this “is another proof point showing the utility for Lightning micropayments.”

The weight of  ‘digital gold’

As Youssef’s remarks suggest, there’s certainly a growing demand for Bitcoin-based micropayments, something which the Lightning Network helps provide. This is also supported by a recent Arcane Research report, which found that LN payment volume grew by over 400% between Q1 2021 and Q1 2022. 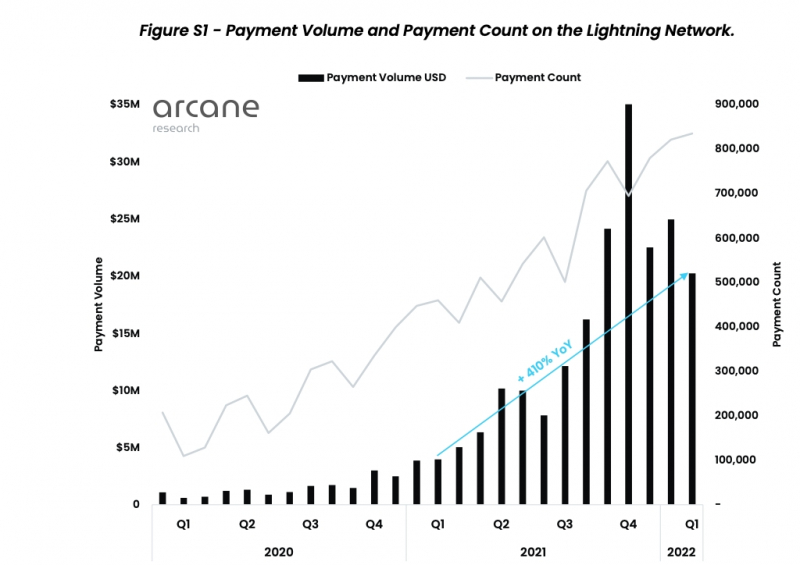 But while the exchanges that have embraced the Lightning Network have found it worthwhile, there are three significant holdouts from the recent chain of new integrations: Coinbase, Binance, and FTX. These are the three major exchanges in the sector at the moment, yet commentators have suggested that adopting the LN may go against their business plans, insofar as it makes it easier to take BTC off them (and also undercuts their tendency to push altcoins, NFTs and other new crypto trends).

As such, we may not see Lightning Network usage really take off for the time being, even though its underlying technology has matured. Another significant issue holding it back is the fact that most people continue to regard bitcoin as a store of value, and are therefore reluctant to use it for payments and transfers, even if the LN makes it cheap and quick.

“People are reluctant to spend an asset that has trended upward in value over time — particularly as inflation weighs heavy on local fiat currencies’ purchasing power,” said Rick Delaney, a senior crypto analyst at OKX, which integrated with the Lightning Network back in February 2021.

Ray Youssef agrees with this analysis, arguing that the “biggest roadblock to Lightning adoption” is the fact that bitcoin is regarded primarily as an investment asset.

“There’s a place for HODL mentality within the Bitcoin community, but we also need to be inclusive for Bitcoin’s other use cases such as remittance, wealth preservation, and payments. This is where Bitcoin education comes in and Paxful is committed to the narrative that Bitcoin and Lightning offer everyday solutions for consumers, merchants, businesses, lawmakers, and economies,” he added.

One other factor is taxation and the uncertainty surrounding a holder’s liabilities if they transfer even a small amount of BTC as payment.

“While spending via LN might be convenient in jurisdictions that do not levy capital gains taxes, recording a gain or loss on every transaction is burdensome. That said, efforts to exclude smaller purchases from reporting obligations are gathering momentum in the US, which may increase the appeal of spending BTC on day-to-day purchases with LN,” Rick Delaney told Cryptonews.com.

Ray Youssef is also hopeful for the future of the Lightning Network, and while bitcoin’s use as a means of payment or remittance might seem at odds with its reputation as ‘digital gold,’ it will ultimately have a beneficial reinforcing effect.

“In the near future, Lightning will show that Bitcoin is a reliable, cheap financial option for exchange. This will be massive for the industry and spur even more Bitcoin adoption.”