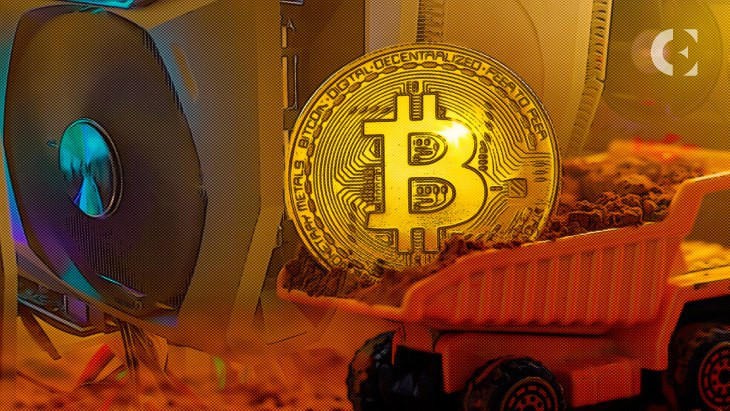 The blog initially establishes that miners consistently deliver some selling pressure on the market since they are the net sellers of Bitcoin. Moreover, the strength of the selling pressure changes depending on if and when the miners sell during a bear market.

BTC miners’ “hodl-at-any-cost” treasury strategy symbolizes miners’ tendency to sell the leading cryptocurrency during bull markets, at the price of selling the coin at a decreased value during bear markets.

While it is assumed that miners selling pressure during bear markets negatively influence the Bitcoin price, analysts haven’t yet verified how impactful the pressure truly is. Many members of the crypto community think miners hold a gigantic share of Bitcoin’s currently circulating supply.

The author of the article, Jaran Mellerud says that popular on-chain data platforms including CoinMetrics and Glassnode “likely significantly overestimates the miners’ bitcoin holdings.” However, he confirms miners’ BTC holding estimates by deriving data from the public miners’ holdings.

According to the blog, miners held approximately 30,000 BTC as of December 1 at 25% of bitcoin’s hashrate, which Mellerud considers as a low estimate compared to the metric platforms. He states 470,000 bitcoin as a middle estimate which when put against Bitcoin’s present circulating supply of 19.2 million, amounts to only 2% holding.

The article ends on the note that only in an implausible scenario of miners draining all their holdings over a few weeks, would they be able to significantly impact Bitcoin’s price in the market.