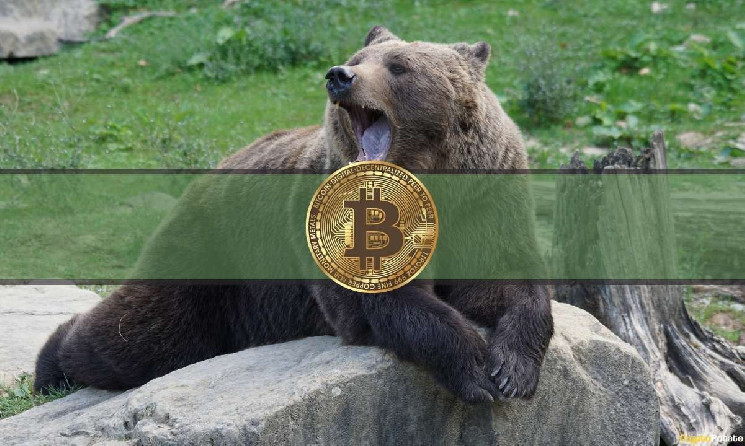 Bitcoin’s troubles only intensified in the past 24 hours as the asset dropped by a few thousand dollars again to a 16-day low of $38,000. The altcoins are deep in the red as well, with Ethereum at $2,600, Cardano well below $1, and AVAX beneath $80.

It’s safe to say that bitcoin has seen better days which weren’t all that long ago. Just on Tuesday and Wednesday, the cryptocurrency recovered from its latest dump to $42,000 and jumped to nearly $45,000.

However, it failed to continue upwards as the bears came out to play. In a matter of hours, they pushed the asset south, and BTC found itself struggling to remain above $40,000.

Although initially it managed to maintain that level, the bears kept the pressure on and drove it below it for the first time since early February, as reported yesterday. The landscape worsened in the following hours, and bitcoin dropped to just over $38,000, which became the new lowest two-week price point.

As such, bitcoin’s market capitalization has declined to $725 billion after nearing $850 billion days ago.

The alternative coins suffered yesterday, and the trend continues today. Ethereum has dropped by another 6.5% on a daily scale and struggles to remain above $2,600. It’s worth noting that the second-largest cryptocurrency stood above $3,200 earlier this week.

The situation with the rest of the larger-cap alts is somewhat similar. Binance Coin has slipped below $380 after a 6.5% decline of its own, Cardano trades below $1 following a 7% dump, and Avalanche is beneath $80 after an 8% decrease.

Consequently, the crypto market cap is down by almost $100 billion in a day to just over $1.7 trillion.