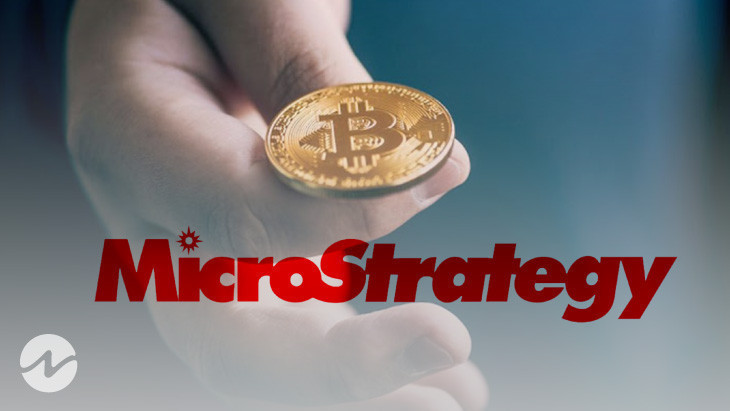 With a modest retracement towards the week’s conclusion, MicroStrategy finished the week low. The price of Bitcoin moves in lockstep with this. After a solid start to the week, Bitcoin turned somewhat negative by the end of the week.

The price of MicroStrategy, the most significant corporate Bitcoin holder, has exhibited a high link to the price of Bitcoin over the last several months. That’s despite the CEO’s claim that investors should treat it as a software firm.

After a streak of losses, Bitcoin’s latest price surge resulted in a $1 billion windfall for MicroStrategy. According to CEO Michael Saylor, the firm plans to leverage Bitcoin to extract value from the virtual currency, which he believes is a long-term investment.

Michael said that major financial institutions like Goldman Sachs and Morgan Stanley seem to be actively involved in cryptocurrency. As a result, MicroStrategy now has a wide range of alternatives for maximizing the value of its Bitcoin investments. Despite MicroStrategy’s recent volatility, analysts remain confident in the company’s stock during the same period, similar to Bitcoin’s.

In general, MicroStrategy’s ascent might be sustained now that Bitcoin’s general trend is optimistic. The $459 level will be a significant initial hurdle for the stock. It is possible that MSTR’s price may rise to $525 in February or March if this barrier is overcome.

After the latest Bitcoin price crash, MicroStrategy has recouped some of its losses. A positive trend has emerged in MicroStrategy since Bitcoin, and the two seem to be advancing in lockstep. By using leverage, MicroStrategy wants to unlock value from its Bitcoin assets.