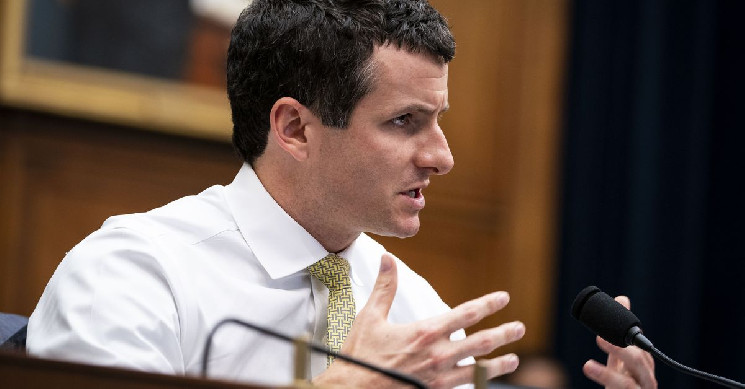 The days of murky stablecoin reserves might soon be over.

Two U.S. lawmakers, Rep. Trey Hollingsworth (R-Indiana) and Sen. Bill Hagerty (R-Tenn.), introduced a new bill in both the House and Senate on Thursday aimed at bringing greater transparency to the stablecoin marketplace.

The aptly-named “Stablecoin Transparency Act” would set standards for the “quality of assets held in reserves” as well as require stablecoin issuers to report on their reserves.

If passed, the bill would have a significant impact on stablecoin issuers like Circle and Tether, whose backing has been the source of much speculation in the crypto industry.

Tether, by far the largest stablecoin issuer, has been especially secretive about its reserves. The company has kicked the can on promises to issue audits on its reserves and has fought tooth and claw to keep information away from the public.

The now-$180 billion stablecoin market has also become a concern for regulators, many of whom have voiced concerns about potential exposure risks for the broader economy in the event of a “run” on stablecoin issuers.

Lawmakers are now trying to find a solution that protects consumers and the economy without stifling innovation. Hollingsworth sees his bill as a step in the right direction.

“This bill isn’t going to solve everything,” Hollingsworth told CoinDesk. “But it is an incremental step towards the unveiling of a balanced approach between development, technology and protection of consumers.

Hollingsworth said he’s been amazed by the outpouring of support for the new bill, both from fellow lawmakers and industry participants.

“Even in its infancy of being introduced, we’ve just seen tremendous support on how this is a really thoughtful first step,” Hollingsworth said.

Hollingsworth believes that the bill, whether it eventually passes or not, will give stablecoin issuers a sneak peek at where Congress is headed with stablecoin regulation.

“Even presenting this and dropping this to Congress is a signal to industry where we are headed,” Hollingsworth told CoinDesk. “They can begin to make decisions and move in that same direction.”

Hollingsworth wants to ensure that “good actors” in the stablecoin sphere – those that are interested in regulatory compliance – get the clarity necessary to make decisions about investments, regulation, and how to continue to develop the technology.

“Good actors in the space want to see the bad actors removed from the space, precluded from acting in the space, so that one bad actor will not besmirch the good reputation and good efforts of the entire industry,” he said.

Though Hollingsworth declined to name names on which stablecoin issuer he considered a “bad actor,” other representatives, including crypto-friendly Rep. Warren Davidson (R-Ohio), have pointed fingers directly at Tether.

Though most stablecoins are pegged to the U.S. dollar, Hollingsworth felt it was important to craft a bill that did not have a limited scope.

“We’re working as broadly as possible with industry and consumers globally to make sure we’re coming out with a thoughtful framework,” Hollingsworth said. “That’s one of the reasons, frankly, why the bill isn’t dollar-specific.”

“I don’t want to be behind the curve when this bill gets passed and then have to amend it to reflect the different currencies that people are issuing stablecoins in,” he added.

Even if the bill is passed, implementation of the new requirements won’t be immediate.

“Agencies have to act upon the laws Congress passes,” Hollingsworth said. “But I think the effect is immediate, because everyone knows this is going to be the law. So everyone starts to comply, even ahead of the enforcement.”