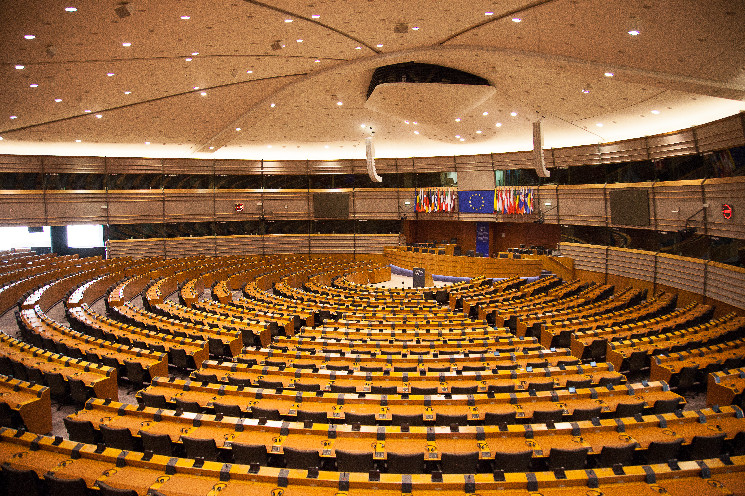 European Union (EU) negotiators meet this week for a last-ditch attempt to hammer out anti-money-laundering rules and a new authorization regime for crypto service providers.

Meetings on Wednesday and Thursday could determine the bloc’s crypto legal framework for years to come – but major questions still hang over the treatment of non-fungible tokens (NFTs), the energy impact of Bitcoin and the private use of unhosted wallets.

First will come talks on a controversial transfer-of-funds law, which would require wallet providers to identify the participants in crypto transactions. On June 29, EU officials gather to hammer out final details of those plans at a closed-door meeting.

On March 31, the European Parliament voted for wide-ranging privacy curbs, intended to stop digital assets from being used for drugs, child pornography and terrorism – something the industry warned could curb innovation.

Nonetheless, the round of talks set to be held Wednesday will be the last one, three sources involved in negotiations have told CoinDesk. That implies a belief that the remaining differences over the legislation can be settled between national governments who sit in the EU Council and lawmakers from the European Parliament; both groups must agree on a legal draft.

Chief among the issues, and last to be agreed, is how to treat transfers made to and from “unhosted wallets” – private means of storing crypto assets that aren’t managed by a regulated service provider.

Proponents say the final text will still uphold the principle of verifying customer identity, but concede that it won’t always be possible. Remaining discussions could focus on such details as the exact monetary threshold that would trigger reporting and whether it needs to reveal the details of both participants to a transaction or just one.

Talks on the related law known as the Markets in Crypto Assets Regulation (MiCA), continue the subsequent day, June 30.

MiCA is the EU’s landmark crypto assets law, making issuers register, prepare white papers of information for prospective investors and keep sufficient reserves for large-scale stablecoins. It’s been broadly welcomed by the industry because it would mean crypto firms can easily access the bloc’s large internal market of 450 million consumers.

The French government is hopeful the Thursday meeting could also be the last, it said in an internal paper seen by CoinDesk. It’s certainly the last chance for France to claim credit for finalizing the law – since, on July 1, it cedes the chair of the council to Czechia.

One key question is whether the scope should extend from coin offerings to cover non-fungible tokens (NFTs), which were left out of the original 2020 MiCA draft. Since then, the popularity of assets like Bored Apes has risen, and so have scams such as wash trades and pump and dump schemes in which traders manipulate prices to make a quick profit. That kind of abusive behavior, already outlawed on traditional finance markets, is now drawing regulators’ attention.

Read more: NFT Issuers Could Have to Centralize and Register Under EU’s MiCA Rules, France Warns

Officials such as the European Commission’s Peter Kerstens have acknowledged that it would be “silly” to make NFT issuers publish a white paper for every single token – but suggested that those providing NFT wallets or brokerage are similar to service providers for bitcoin, hence should be brought under the legislation.

Even without the white paper requirements, a broader law could mean NFT marketplaces like OpenSea would need to be authorized – something being pushed for in particular by lawmakers at the European Parliament.

The French paper suggests governments are still considering a general requirement for NFT service providers to register. There could be exemptions for artists who offer wallet services for their own creations, and for markets with low volume – which would mean excluding auction houses that only rarely trade NFTs, or gaming platforms for low-value items.

Even so, the prospect of including NFTs is causing consternation in the industry.

“I would call this a crisis,” said Florian Glatz, president of the German Blockchain Association, at a Twitter space Wednesday. “There is no good outcome.”

Marina Markezic, a colleague of Glatz’s at advocacy group the European Crypto Initiative (Euci), agrees NFT markets need extra rules to prevent insider trading. “Of course we agree that there have been pump and dumps, and bad things happen within the NFT space,” she said.

But, she added, merely copying and pasting financial-market rules designed for fungible assets into the innovative NFT space “is really wrong.”

One share in, say, Tesla is like any other, but each NFT is potentially unique, and the markets they’re traded on are possibly decentralized. So it’s not clear how you’d apply, for example, requirements for securities brokers to find the best deal for their clients, or curbs on offering financial advice. Counting NFTs as financial assets would also unfairly separate them from off-line equivalents like physical artworks, Euci members argue.

“We could consider a specific dedicated regulation” for some NFTs, Euci’s Simon Polrot said, but that would need to come after MiCA, and differentiate tokens linked to crypto banks from those representing physical objects. “It doesn’t make sense to put all these things in the same basket.”

A further MiCA issue concerns the environmental impact of cryptocurrency mining. Lawmakers previously proposed measures to curb carbon emissions, which the industry warned could amount to a bitcoin ban – while the European Central Bank’s Fabio Panetta has suggested an extra tax on energy-intensive mining methods such as proof-of-work (PoW).

The risk of such heavy-handed requirements seems to have receded, and the final text is likely to merely enhance transparency, two sources briefed on the talks have told CoinDesk. That could mean, for instance, white papers must detail the environmental impact of a consensus mechanism.

Even once the policy outline is tied down, it must still be translated into legal text, and a phase-in period means MiCA might not be implemented until 2024. Policymakers are already demanding a sequel to legislation that leaves plenty of cliff-hangers – with issues like how to treat decentralized finance still left unresolved.

“We would hope that you can also look at MiCA 2,” the European Central Bank’s Christine Lagarde told lawmakers at the European Parliament on June 20, calling for an additional law on crypto staking and lending, as well as activities where there are no intermediaries or identifiable issuers.

After a tumultuous few months in EU crypto regulation, discussions this week aren’t the end, but they might be the beginning of the end.