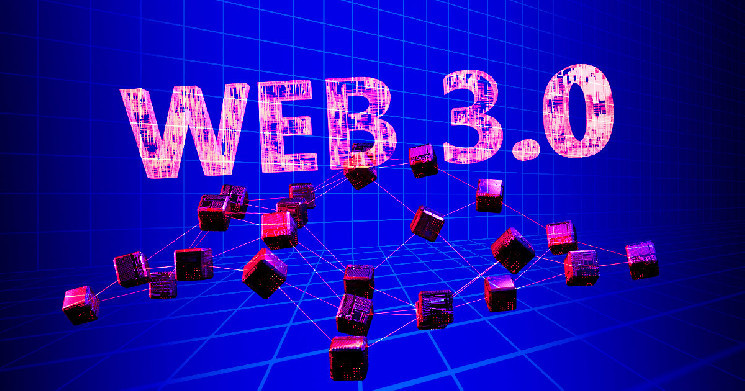 As with any narrative, the Web3 narrative serves certain stakeholders and is in turn, fueled by them to serve their interests.

On one side, it is the venture capitalists facile exhortation at a euphemism for the term that K Street does not favor (“crypto”); on another side it is a half-hearted attempt by the hoi polloi on LinkedIn/Twitter to attach themselves to what they see as the next big thing; on a third side, it is a proactive effort by some entrenched crypto players to piggy-back on the venture capitalists marketing and attempt to legitimize themselves; and, from a fourth side, it is a pre-emptive campaign by the deep-rooted technology industry giants to manage market expectations and position themselves as the inevitable winners of this ostensibly evolutionary trend.

Let us pull the curtain back and demystify what is happening behind the scenes.

The Original (Static) Web: Access to Information, Search and E-Commerce

“Well, I found it frustrating that in those days, there was different information on different computers, but you had to log on to different computers to get at it. Also, sometimes you had to learn a different program on each computer. So, finding out how things worked was really difficult. Often it was just easier to go and ask people when they were having coffee.”

That was his aha moment, and Sir Tim Berners-Lee went on to invent a fundamentally new way to share information using hypertext. He also managed to invent HTML, HTTP, and the ideas behind URI/URLs in his spare time and coded the first web browser (“WorldWideWeb.app”) and the first web server (“httpd”) to boot.

Now, to give credit where credit is due, the prolific inventor Vannevar Bush had earlier envisioned libraries of research with annotations similar to today’s hyperlinks, and it is no accident that link analysis eventually became the cornerstone for search algorithms. Search led to fulfillment i.e., buying and selling over the web, and the advent of SSL 1.0 to secure online transactions sealed the deal, so to say.

We had become online “consumers”. Then modern-day Silicon Valley took over to do what it does best, which is to “capture” value, and we saw what ensued with the dot com bust.

The Web 2.0 tag emerged as a catch-all phrase to refer to the mushrooming model of enabling consumers to interact and collaborate with each other through “social media”, virally bootstrapped by “user-generated content”. This was in contrast to the first wave of the Web where users were limited to passively “consuming” whatever content was rendered down the HTTP pipe from the website.

Berners-Lee did not like this tagline – he is said to have described it as jargon. But we did not care, and with the advent of Facebook, YouTube, etc. we were enthralled by the new “social” web (VC-jargon) or the “read-write” web (technology industry jargon) and we were all now content creators. Life was good until the realization that no one else was paying either and that we had all now become the “product”.

The prophets who had predicted a shifting away of control back to the user and to the consumer-creator continue to be faced with the reality of a dystopian system of surveillance capitalism; “the unilateral claiming of private human experience as free raw material for translation into behavioral data” to quote Professor Shoshanna Zuboff.

Yes, it is free, but at what cost? Loss of privacy, corporate and state surveillance, undermining and seeding, and feeding distrust at the local, national, and supra-national levels, and sowing division left, right and center. But remember, the ads are personalized, and the behavior manipulation is subliminal to give the devil his due.

The legacy of Web 2.0 will be viewed in how it reconciles its identity as an extraordinary profit-making machine that turned commercial and business models on their head with its own contentious early 21st century role in the American zeitgeist.

Sovereignty: What the Web is not, and what Blockchains are about

“We have proposed a system for electronic transactions without relying on trust”. That was Satoshi Nakamoto’s succinct conclusion in his seminal paper.

A system for electronic transactions without relying on a trusted third party.

That is it. There is nothing in there about the Web, or Web 2.0 or the putative Web 3.0. If you are building a system for electronic transactions without relying on a trusted third party, then by all means use blockchains. Else, go your merry way.

Now, there are side effects to not relying on a trusted third-party, notably sovereignty i.e., control over relevant (private) data or other assets, capacity to choose where such assets are stored and/or custodied, and the ability to provide access to pertinent data (or not) to those who need it for however long you chose to.

Sovereignty is interesting; it is significant, and it will be essential in the coming years. You know this and I don’t need to say more here.

The community did not need to use the term Web3 until the VC-types showed up; to go full circle, Berners-Lee recently called out that “In fact, Web3 is not the web at all”, and he has his own proposal termed “Web 3.0” to reshape the Internet, to add to the word-salad; perhaps, it is time to drop this baggage and just call it a blockchain. Neither more nor less.