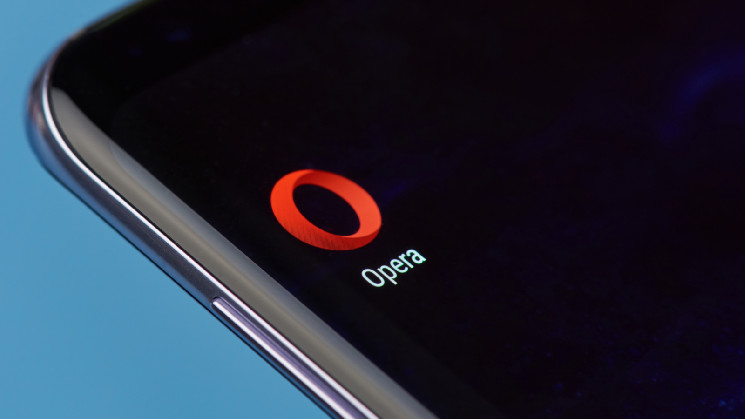 As demand for DeFi exposure continues to expand, native Web3 web browser and wallet provider Opera announced support for Apple’s iOS today. That puts the browser wallet on all major desktop and mobile platforms. Along with integration of blockchain ecosystems, including Solana, Bitcoin, Polygon and StarkEx, earlier this month, the company is making a strong play for mainstream adoption of wallet software.

The Norway-based company boasts “tens of millions of users,” according to a press release, who can now access decentralized apps and other services across nine blockchain ecosystems on Mac, Windows, Android, and now, iOS.

“The Opera Crypto Browser Project was built to simplify the Web3 user experience that has often been bewildering for mainstream users,” Jorgen Arnesen, Opera’s executive vice president of mobile, said.

“Opera believes Web3 has to be easy to use in order to reach its full potential and a mass adoption.”

The integration announcement comes as a slew of DeFi (decentralized finance) wallets have entered the space in recent months. Cryptocurrency investors and users who want to engage with DeFi need a noncustodial wallet, such as Opera’s product, to store their assets.

Other browser-based noncustodial wallets have emerged in the past year, such as Phantom, launched in April 2021, which hit $1.2 billion in valuation earlier this year when its $102 million Series B raise closed.

XDEFI wallet launched in October 2021 after raising $6 million in a Series A funding round, led by Mechanism Capital. It is a multichain wallet with a web browser extension, similar to Metamask, the leading crypto wallet extension which recently touted having over 30 million active users.

Opera had 2.81% of the global browser market share, according to StatCounter, and the company said in March that it has 380 million monthly active users.

The company has been making, what it calls, a “directional shift” toward markets with higher average revenue per user, according to its fourth quarter 2021 financial report, but continues to focus on emerging markets where its market share has been historically higher. For instance, data from StatCounter shows Opera edging out Apple’s Safari browser on mobile devices in Africa last month, with about 13% of the market, making it second only to Google’s Chrome browser. The mobile version of Opera even takes the top spot in Nigeria — Africa’s largest economy — at 47% market share.

The browser wallet strategy is to remain chain-agnostic and to expand support for additional networks and layer-2 scaling options.

“Ultimately, Web3 is on its way to becoming a mainstream web technology and users won’t need to know they’re interacting with it,” Arnesen said, of the company’s multichain strategy. “They need to get a superior user experience and a true benefit.”

Terra Crash Spilled Over Into Other L-1 Blockchains, Here’s How

Kakao’s Klaytn to build blockchain in China with BSN

US and EU Look to Blockchain to Track Greenhouse Gas Emissions

The Challenges for Blockchain Technology and Corporate Adoption

Terra Crash Spilled Over Into Other L-1 Blockchains, Here’s How

Kakao’s Klaytn to build blockchain in China with BSN

US and EU Look to Blockchain to Track Greenhouse Gas Emissions

The Challenges for Blockchain Technology and Corporate Adoption