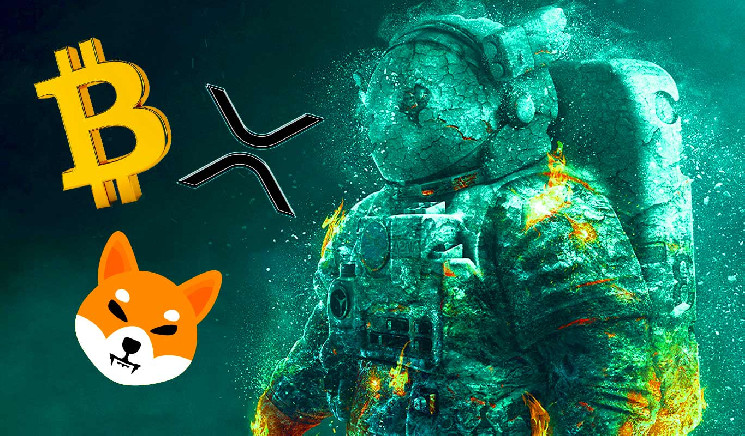 In the latest update from Coin Bureau, pseudonymous host Guy tells his 1,940,000 subscribers that he sees a small bull flag for the largest crypto asset by market cap.

Bull flags are technical patterns consisting of a price spike and then consolidation that suggest upcoming rallies. According to Guy, BTC is also forming a cup and handle pattern on the higher timeframe, another bullish technical pattern.

“I see a small bull flag forming for BTC on the daily, which may or may not play out. My bets are on a pump, in which case we could rise back up to $46k in the coming days.

If we manage to break above the $46k mark, this will see the completion of a ‘cup and handle’ pattern, which could push BTC as high as $56k in the next few weeks. All the while, the balance of BTC on exchanges continues to fall, and that has me feeling damn bullish regardless of what’s happening in the here and now.”

“Another crypto which made the weekly winners’ list last week was XRP, and this time, it seems to be pumping on the news that Ripple has joined the Digital Euro Association – a think tank that seeks to assist the European Union in the development of its central bank digital currency.

Although XRP is still struggling to recover from its recent losses, it remains in a strong long-term uptrend that began back in 2020. XRP could also see some positive price action if Ripple resolves its lawsuit with the SEC.”

The SEC filed a lawsuit in December 2020 alleging that Ripple sold XRP as a security during its launch.

Finally, Guy reacts to the Shiba Inu metaverse news, which he believes could help give SHIB a big 50% rally soon.

“Shiba Inu appears to be creating a metaverse world of its own. As far as I understand, Shiba Inu will soon begin selling land in its upcoming metaverse, and LEASH token holders will get the first pick.

SHIB still seems to be stuck in hibernation, but if that cup and handle plays out on the daily, we could see a 50% pump in the near future.”