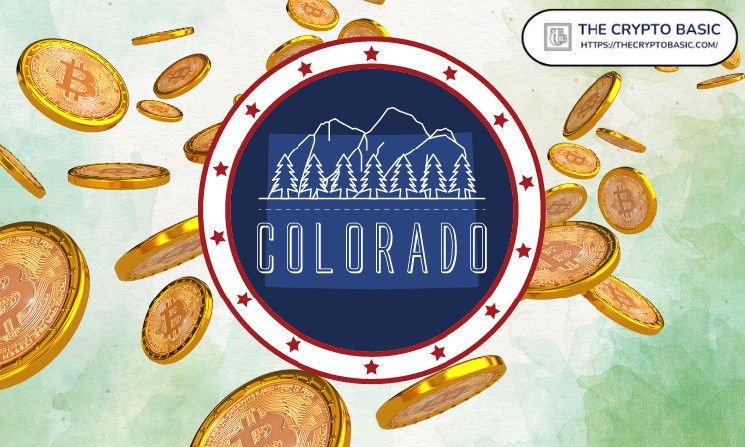 Colorado’s desire to position itself as a leader in blockchain adoption within the United States influenced a decision to accept tax payments in cryptocurrencies in February. Still, recent reports suggest that only six tax payments have been made with cryptocurrencies since the option was made available in September. These six transactions represent 0.00043% of the total 1.37 million tax payments carried out within the timeframe.

The discouraging metric was disclosed by a local Colorado-based media outlet today, as the possible reasons behind the low adoption rate of cryptocurrencies for tax payments were highlighted. The crypto scene has enjoyed growing global attention, but Colorado residents, despite holding digital assets, have not been motivated to use the asset class for tax payments.

One of the reasons behind the low crypto adoption rate for tax payments is the additional charge that comes with paying taxes using digital assets in Colorado. Individuals paying taxes through the Coloradan government’s Revenue Online portal are directed to PayPal, through which their cryptocurrency will be selected and converted to USD. But the downside with this is the fact that there is an additional capital gains tax.

“There is an additional $1 plus 1.83 percent of the payment amount service fee when paying your taxes via cryptocurrency,” Daniel Carr, Communications Supervisor V at the Colorado Department of Revenue, said.

Crypto proponents initially excited to pay their taxes on digital assets have most likely been discouraged by this reality. There is a slim chance that a citizen will opt to pay extra charges for a means of payment when they can use an alternative method cost-free.

Kent Barton, tokenomics workstream leader at ShapeShift DAO, earlier noted the hindrance this extra cost will pose for those considering crypto payments. “This is one of the challenges right now. I think it’s something that the federal government will have to figure out,” Barton remarked.

Another factor likely contributing to the dearth of crypto tax payments is the bear market that has battered several assets to shocking lows. Barton highlighted this as a possible reason. He asserted that crypto investors currently holding their desired digital assets are possibly reluctant to make payments with the assets in their portfolio due to the price declines.

Bitcoin, the firstborn crypto, had notably declined by over 57% from its value in February when the Colorado government announced that it would start accepting crypto payments for taxes, dipping from $39,983 in February to $16,984 as of press time. Ethereum also crashed from $2,780 to its current value of $1,206 at the time of reporting, marking a 56% dip.

Investors who procured digital assets at prices higher than their current values would be selling at a loss if they used these assets for tax payments, especially when they are looking to keep HODLing the assets until their values appreciate to favorable levels.

The Government of Colorado Remains Unfazed

Recall that, early this year, Governor of Colorado Jared Schutz Polis announced at the ETHDenver crypto conference that the state of Colorado would begin accepting cryptocurrencies for tax payments soon, as reported on February 16. The cryptocurrency community received the disclosure well and accentuated Colorado’s commitment to adopting blockchain and cryptocurrencies.

Polis noted that the state will not hold any of the cryptocurrencies used as payments but will have a system that automatically converts the assets to the dollar against prevailing rates. The development was implemented on September 1. Over three months later, the result is not very encouraging.

Notwithstanding, Coloradan authorities are not seeing the low adoption rate as a fiasco, as Barton revealed that the government had not recorded any complaints about the mode of payment. He also noted that the payment means poses no financial risk to state finance since they leverage PayPal’s services.

“Colorado is a forward-looking state, and to improve customer service and convenience, we want to accept payments in as many ways as possible. This new payment option is a continuation of providing customer convenience through pioneering digital services,” Barton added.

‘Rich Dad’ R. Kiyosaki warns of ‘rough landing for world’ as ‘we are in global recession’

Goldman Sachs: We Are Not an FTX Creditor

‘Rich Dad’ R. Kiyosaki warns of ‘rough landing for world’ as ‘we are in global recession’

Goldman Sachs: We Are Not an FTX Creditor