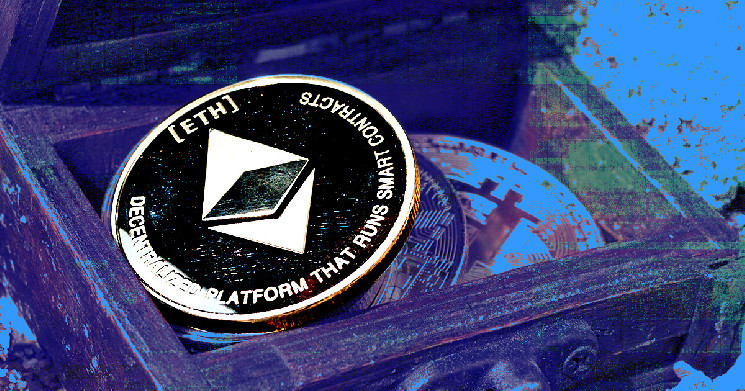 Ethereum (ETH) might be gradually turning into a store of value based on the volume of the digital asset being held by long-term investors, CryptoSlate’s analysis of Glassnode data revealed.

With Ethereum down by more than 70% from its all-time high during the current market cycle, one would think that investors would massively dump the coin to recoup their funds.

However, Glassnode HODL waves data showed that long-term investors currently hold 80% of ETH supply, i.e., those holding the token for more than six months, which is very similar to the 2018 bear market level.

HODL wave is a metric used to measure the number of investors holding a particular digital asset. 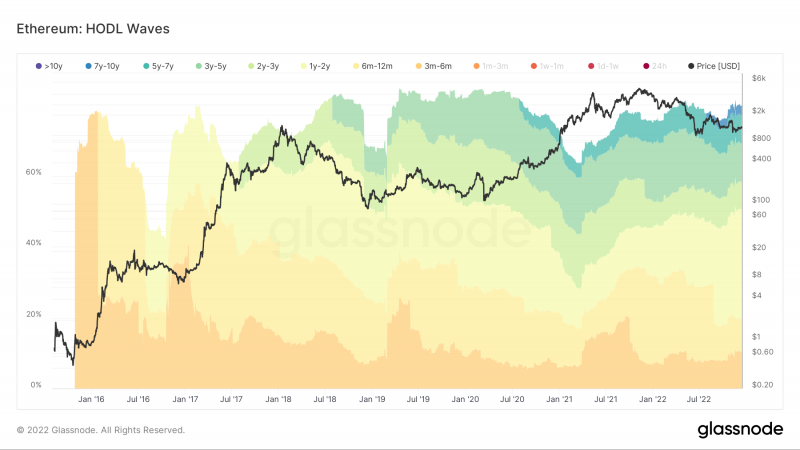 The fact that many long-term holders were yet to sell their assets suggests their conviction in ETH’s long-term value. This is a sign common to Bitcoin, where long-term holders usually hold through the rough patches because they believe the asset is valuable in the long term.

In fact, during the height of the Terra collapse contagion in July, a new cohort of long-term holders who have held Ethereum for 7 to 10 years began to emerge. According to the above chart, this group of investors holds about 3% of the whole ETH supply.

Investors in the 1-2 years band are underwater

Meanwhile, ETH investors holding for 1-2 years are most likely underwater given the likely bought during the 2021 bull run and early 2022. The high unrealized losses might have prevented this cohort from selling. 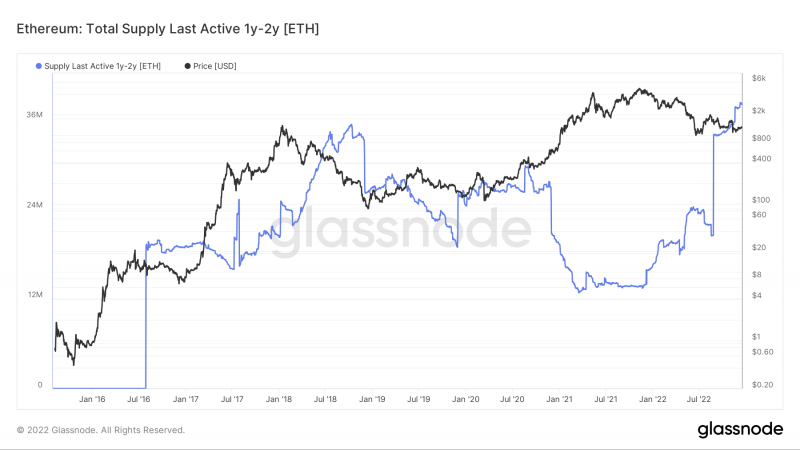 The total supply for this group saw a significant jump in July 2022, when the asset mostly traded above $1000. These investors now hold 40 million ETH, similar to the amount held by BTC investors who have held for at least a year.

Glassnode data also showed that ETH’s total supply in loss is currently at 44 million ETH –a slight drop from the cycle peak of 50 million in June. This pales significantly to the number recorded during the Covid -19 pandemic and the 2019 bear market when losses in supply crossed 72 million tokens. With fewer losses despite the ETH’s steep drop in 2022, most investors are bullish on the asset and expect its value to rise significantly with time.

The bullishness is tied to the fact that ETH supply has been deflationary a few times since the Merge event. Analysts have predicted that increased network activity would result in a sustained deflationary supply.