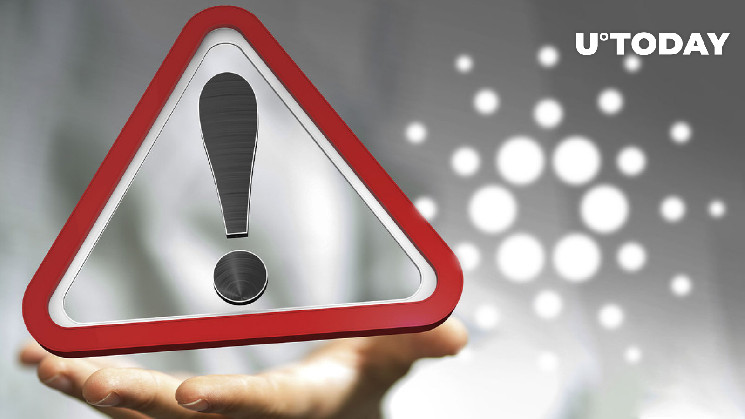 The announcement about the launch of the Midnight Cardano sidechain we saw a few hours ago is not what users might think. The instructions presented in the post are nothing but a step-by-step guide for sending your funds to hackers.

Cardano community members quickly found out that the announcement was a honeypot, and the account that was sharing tried to steal funds with the help of a similar scheme by impersonating popular Cardano community account Cardano Whale. The scammer used the popular handle to attract users and then make them send their assets to various addresses in exchange for rewards.

In this case, scammers urge users to create a Cardano wallet and send funds from the CEX to wallets and then exchange ADA to Midnight token on the provided website. Obviously, after exchanging them, users’ ADA will be gone forever with no ability to return them.

Users are not happy

In the last 48 hours, Elon Musk has been actively teasing a massive ban wave that will remove a major portion of bots and zombie accounts from the platform. However, cryptocurrency scammers and bots that fill the comments sections have not gone anywhere, which raises a lot of questions.

However, Musk’s intention to end the reign of bots and scammers on Twitter might become a long-term battle rather than a one-ban wave that will cleanse the space. Networks like Cardano are seeing a surge in scammer and illicit activity ‌as the ecosystem’s growth is rising consistently.

At press time, the honeypot account is still active despite the number of reports users have sent in the past few days. Unfortunately, it is not clear whether those accounts will be banned or not as they are most likely being managed by hand.