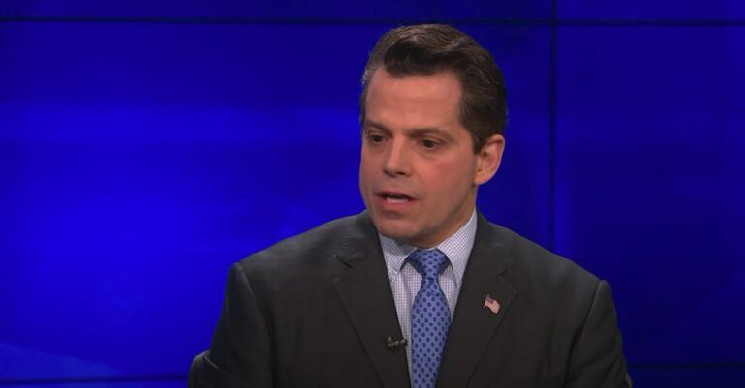 On Thursday (May 12), Former White House Director of Communications Anthony Scaramucci, who is the founder and managing partner of global alternative investment firm SkyBridge Capital, shared his thoughts on the crypto market.

On 4 January 2021, Skybridge announced “the launch of the SkyBridge Bitcoin Fund LP, which provides mass-affluent investors with an institutional-grade vehicle to gain exposure to Bitcoin.”

The press release went on to say:

“Additionally, on behalf of its flagship funds, SkyBridge initiated a position, valued at approximately $310 million at the time of this release, in funds investing in Bitcoin during November and December 2020.“

According to a report by Cointelegraph published on April 25, SkyBridge Capital “also has money deployed in other hedge funds, late-stage private tech companies and real estate, with its total AUM reported being around $7.3 billion.” SkyBridge has also been trying to get a physical Bitcoin ETF approved by the U.S. SEC.

The report went on to say that Scaramucci told Bloomberg in a recent interview:

“What we decided to do was a portion of that capital that was previously allocated to credit managers was invested directly into crypto assets like Bitcoin and Ethereum—but then also rotate capital into crypto-asset managers like Multicoin, Polychain, Pantera, people of that nature.“

Well, on May 12, Scaramucci talked about the crypto market in the aftermath of the $LUNA / $UST debacle during an interview with Scott Wapner, host of CNBC’s “Closing Bell: Overtime”.

“In March of 2020, Scott, when Bitcoin got down to between four and six thousand, there was 70 billion dollars lost, and so just to get the magnitude of what we’re talking about now, it’s an 800 billion dollar correction. But I think the good news about that frankly is because this is decentralised, you don’t have any systemic risk.

“Secretary Yellen more or less said that this morning, and I just want you to imagine that kind of hit to the banking community, how dramatic that would be, and what the Federal Reserve would need to do. So it’s just an example of decentralisation being what I would describe as less fragile than the core system…

“Of course, we can draw the historical context back to March of 2000 when we saw the Nasdaq go from something like 5,000 and change down to 2,300. And so, if you had leverage in this situation, then you likely incurred a permanent capital loss, but if you didn’t have leverage in this situation, there were some anomalies that took place like the Terra debacle, where I think these assets are at distress level prices, they’re technically oversold.

“And so, we haven’t sold one position, frankly… Still, our core fund has about 18% exposure to Bitcoin and Ethereum. And I’ll just point out to people if you bought this stuff when we did back in October of 2020, these coins, you know, were trading $18,000 or so for Bitcoin, $700 or so for Ethereum.

“If you take a long-term perspective and sort of zoom out, you could do very very well in the cryptocurrency markets. Listen, everybody’s a short-term investor when you have losses like this. You know, that cliche I’m a long-term investor until I have short-term losses.

“I understand the panic in the markets, but what I would encourage people to think about is the two core protocols, Bitcoin and Ethereum. zoom out, take a look at what they’ve done over a five-year period of time, and recognise that there was a flaw in the Terra ($LUNA) mechanisms.

“So, I think this thing is technically oversold. We’re long-term optimistic, and unfortunately, for me, Scott, I’m getting old. This is my eighth bear market cycle, and I just want to encourage younger people that are tuning in — perhaps, it’s their first or second their market cycle — to see through the carnage and recognise that there’s an extraordinary opportunity ahead like there was in March of 2000.“

To make sure you receive a FREE newsletter every Friday that features highlights from that week’s most popular stories, click here.