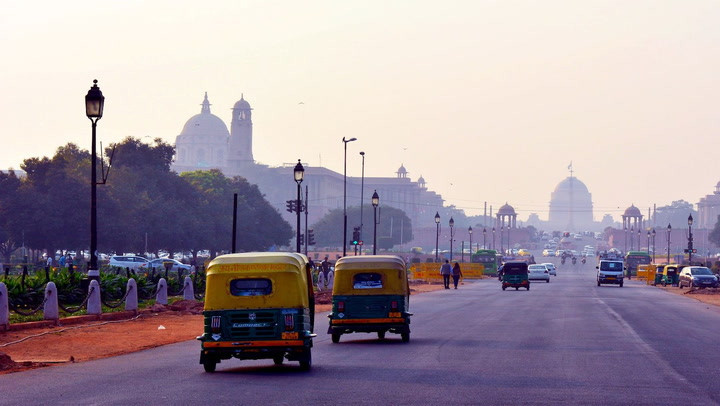 CoinSwitch Kuber, one of India’s biggest crypto exchanges, on Tuesday halted all rupee deposits on its platform in what appears to be a broader trend among India’s virtual currency trading platforms.

The involuntary step occurred when the bank of the exchange, Kotak Mahindra Bank, stopped providing its services for trades, at least four different sources from India’s crypto industry and institutions told CoinDesk.

It is not yet determined what is behind the move. Kotak was contacted but has not provided a comment.

The development is another blow for India’s crypto community in a short span of time. After stiff new taxes came into effect on April 1, and the forbearing of a «harsher» tax effective July 1. The threat of the imposition of an additional indirect tax adds to the concerns. An already increasing brain drain of talent and entrepreneurs threatens to be further exacerbated by the latest development. Particularly when data suggests the blows on the crypto scene have resulted in trading plummeting. And there is no sight of regulatory certainty in the form of a crypto-specific bill. Thus, the latest issues appear to threaten the industry’s very survival according to analysts.

The issues appear to stem from Indian crypto exchanges’ relationships with local payment providers. Payment gateways such as Mobikwik stopped supporting exchanges around April 1. Multiple industry sources said this was because MobiKwik needed time to comply with a new tax law that took effect April 1.

“We had Mobikwik as a partner. They were partners for a long time, two to three years time. Now, they temporarily stopped all the services,” said BuyUCoin Chief Marketing Officer Atulya Bhatt. BuyUCoin is a prominent exchange in India.

MobiKwik had not responded to a request for comment by press time.

On April 7, the world’s largest listed crypto exchange, Coinbase (COIN), announced it was starting trading in India through its app with a bit of pomp and circumstance – the launch included Bollywood songs and more.

One of the most frequently used words in the announcement script was the acronym UPI, short for Unified Payments Interface. UPI is a payment mechanism for 1.4 billion Indians.

Here’s what transpired at the launch.

Then Surojit Chatterjee, Coinbase’s chief product officer, explained how to buy crypto on the platform with great emphasis on UPI.

“UPI has made it very simple for anyone with a mobile phone to access digital payments,” he said. He mentioned UPI five other times, including saying “We’ll set up UPI so you can buy crypto instantly from your bank account with just a few taps.”

Less than 10 hours after Coinbase’s India launch, by 9:04 p.m. India time, the National Payments Corporation of India (NPCI), the entity that governs UPI, tweeted to clarify that it was “not aware of any crypto exchange using UPI.”

“When a government entity makes the effort to issue a statement at that time of the night, somebody has really been annoyed,” said an employee at another crypto exchange.

NPCI is regulated by the Reserve Bank of India (RBI), the country’s central bank. The RBI has unequivocally taken an anti-crypto stand. RBI Deputy Governor T. Rabi Shankar said on Feb. 14 that “banning cryptocurrency is perhaps the most advisable choice open to India.”

After the NPCI tweet, a Coinbase spokesperson said the company is “experimenting with a number of payment methods.”

“One of these methods is UPI, a simple-to-use and rapid payment system. We are aware of the recent statement published by NPCI regarding the use of UPI by cryptocurrency exchanges. We are committed to working with NPCI and other relevant authorities to ensure we are aligned with local expectations and industry norms,» the spokesperson added.

Three days after the launch, Coinbase payment services became “temporarily unavailable» on its app. Coinbase did not issue a fresh explanation or statement and it was unclear whether the UPI services were disabled by Coinbase or by UPI itself.

At the moment, Coinbase has no payment option available and therefore all fiat deposit, withdrawal or conversion services have been halted.

“It might have worked better for Coinbase if they avoided using UPI with crypto in the same sentence. Coinbase got a taste of what Indian exchanges have been facing and struggling with since 2018,” said Aditya Singh, a co-founder of Crypto India.

According to Siddharth Sogani, founder and CEO of cryptocurrency research organization Crebaco, Coinbase did nothing wrong.

«UPI is a very well structured payment system, the fastest and the world’s most used. NPCI should not ask banks to stop providing services to crypto exchanges. Banks themselves don’t have any problem with crypto exchanges. The crypto community had won the case in the Supreme Court against RBI. So banking is not a problem, and the same applies to UPI. Since it’s a banking interface,» Sogani said.

An industry source not authorized to speak on the matter implied that India’s central bank – which has tried to bar banks from providing crypto exchanges services before – may be quietly influencing payment providers to cut off crypto exchanges.

“No exchange in India is withdrawing payment options voluntarily. Most of them don’t have payment options right now. So, it’s primarily an issue from either NPCI’s end or banks’ end,” said one industry source.

At least three other industry sources made the same allegation, requesting anonymity to speak frankly about a regulator with influence over their firms. Some said they feared this unproven revelation without proof could lead to a further clampdown against the industry but also said acquiring proof is nearly impossible in a situation like this.

«There has been no fresh Reserve Bank of India directive asking banks to stay away from cryptos. But senior supervisory managers (of RBI) are telling some banks to exercise caution on cryptos till there is regulatory and legal clarity,» said a senior official of another bank to Economic Times.

Another source closely connected to India’s financial institutions and the government said “I’ve seen too many big companies going downhill because of going overboard.”

“Bringing UPI into the picture was a big mistake and so my personal take is that they [Coinbase] went out of their brief and they have been rapped on the knuckles, and that’s had a ripple effect,” the source said.

In April 2018, the Reserve Bank of India (RBI) effectively banned banks through a notification from supporting or engaging in crypto transactions until the Supreme Court overturned the restriction two years later. Thus, it is unlikely that the RBI or RBI governed NPCI would release any official document, notification, circular, or order that could push banks or payment gateways from providing their services to crypto exchanges.