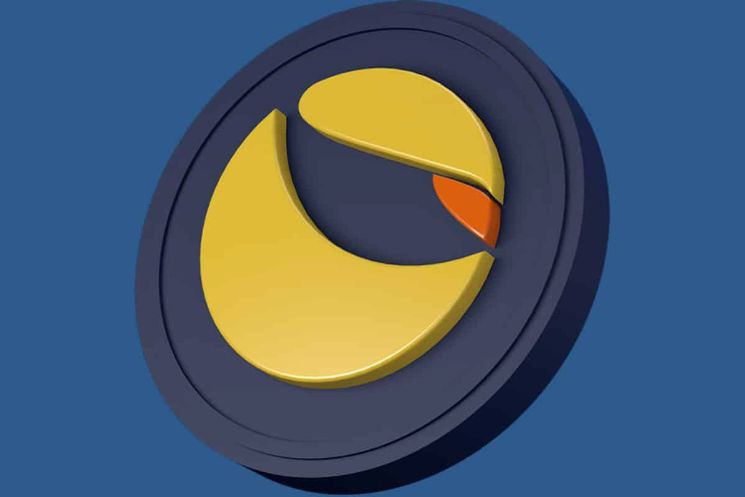 The blockchain’s value imploded in the first two weeks of May, and is now trading at a fraction of the billions it was initially valued at.

But this implosion likely fuelled broader scrutiny towards other L-1 blockchains, particularly those which were valued similarly to Terra. Traders likely feared a similar implosion in other L-1s, given the ongoing weakness in the market.

Coupled with a severe crypto market crash in the past two weeks, a majority of tokens dumped by traders came from L-1 blockchains. Even in the DeFi space, L-1 protocols saw the sharpest drop in total value locked (TVL).

Data from blockchain research firm Kaiko shows that amid a broader crypto crash, L-1 blockchains, excluding Bitcoin, were the worst performers in the first two weeks of May. This trend also occurred concurrently with Terra’s crash.

L-1 blockchains lost an average of 43% in the past two weeks, well above losses in layer-2 chains and Bitcoin. In comparison, Bitcoin lost about 22%. 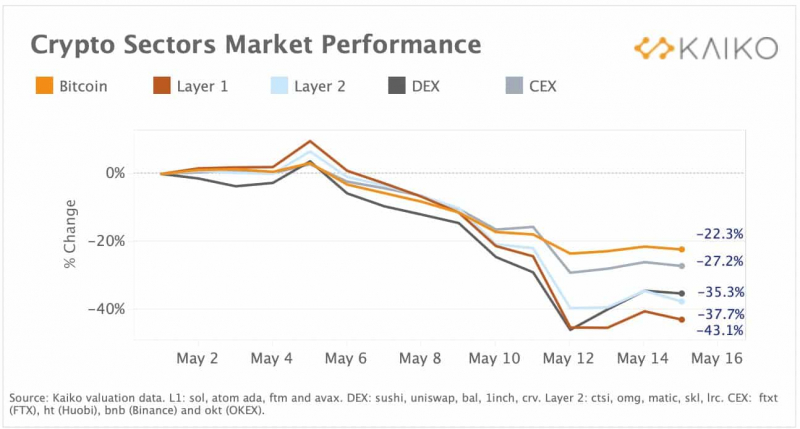 According to Kaiko, Avalanche (AVAX) and Fantom (FTM) were the worst performers, dropping over 40% each in May. Their DeFi TVL also saw declines in a similar magnitude.

But Avalanche was likely an outlier due to its close ties to Terra. The Luna Foundation Guard holds about $66 million of AVAX tokens, which it could sell.

While Terra may have invited more scrutiny towards L-1 blockchains, the broader reasons behind their sell-off remains the same. Crypto markets were sold en masse through May on fears of rising inflation, and more interest rate hikes by the Federal Reserve.

A bulk of  crypto losses were triggered just after the Fed hiked rates in May. Another wave of selling pressure came after data showed U.S. inflation will take much longer to cool.

The crypto market has now lost about $400 billion in May.