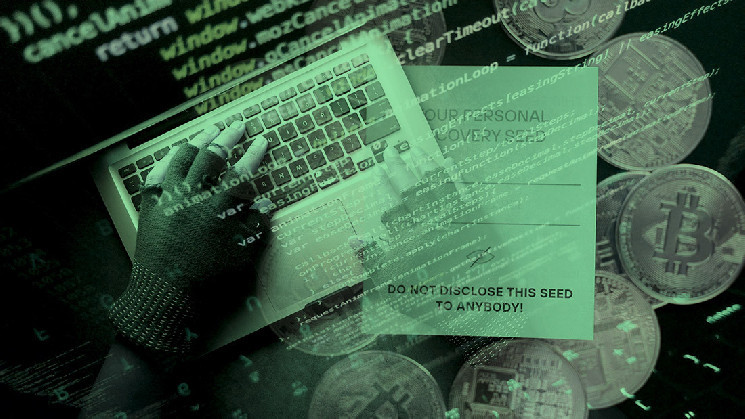 According to the latest report from Chainalysis, total transaction volume grew to $15.8 trillion last year, up 567% from 2020’s total.

The increase in illicit transaction volume, however, was just 79%—nearly an order of magnitude lower than the overall adoption—showing that crypto crime is becoming less and less prevalent.

Cryptocurrency-based crime hit a new all-time high in 2021, with “illicit” addresses receiving $14 billion over the course of the year, up from $7.8 billion in 2020.

This is the first sentence of Chainalysis’ 2022 Crypto Crime Report—and it couldn’t be more misleading.

In its annual report analyzing illicit activities, the company found that the numbers don’t tell the full story and that crypto crime has reached its all-time low in terms of its overall market share.

While there are multiple factors that contributed to this, the drop in the share of criminal activity is mostly due to the fact that legitimate cryptocurrency usage has seen unparalleled growth. Across all cryptocurrencies tracked by Chainalysis, the total crypto transaction volume grew to $15.8 trillion last year, up 567% from 2020.

On the other hand, illicit transaction volume only saw a 79% increase last year—showing that crime hasn’t followed the same explosive growth the rest of the market has seen. 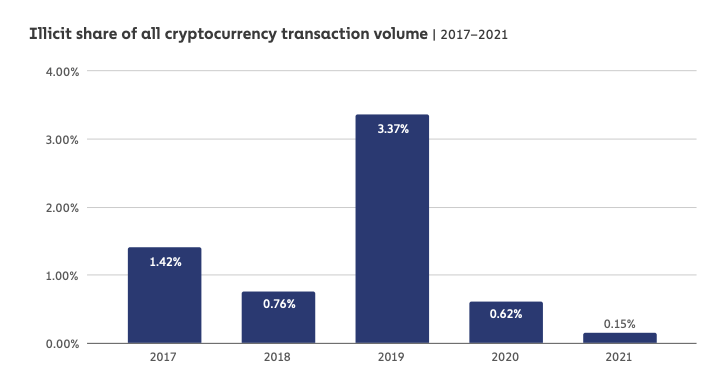 In its report, Chainalysis noted that this number is likely to rise as further research identifies more addresses associated with illicit activity. In its 2021 Crypto Crime Report, the company found that 0.34% of the year’s crypto transaction volume was associated with criminal activity, but raised that figure to 0.62% in the 2022 report—an 82% increase.

Even if this year’s figure was to increase by 82%, it would still mean that illicit activity accounts only for 0.27% of the total crypto market—making it an equally insignificant number.

Still, the yearly trends Chainalysis reported paint a clear picture—crime is becoming a smaller and smaller part of the cryptocurrency market. With the exception of 2019, when the PlusToken Ponzi scheme caused this figure to skyrocket, there has been a significant and continual drop in the share of overall illicit activity.

However, while malicious actors had trouble capturing the overall share of the crypto market, they managed to capture a significant amount of value. Despite illicit activity representing only 0.15% of the market, it still accounts for $14 billion in value.

The raw volume of illicit transactions has actually reached its highest level ever, surpassing the $11.9 billion it reached in 2019.

The majority of this growth comes from two categories—scams and stolen funds. According to Chainalysis, scamming revenue rose 82% in 2021, with $7.8 billion worth of cryptocurrencies stolen from victims. Over $2.8 billion came from rug pulls alone, which is nearly equal to the increase over 2020’s total illicit transaction volume.

Cryptocurrency theft grew even more, with around $3.2 billion worth of coins stolen in 2021. This represents a 516% increase compared to 2020—an acceleration that’s mostly due to the huge rise in popularity DeFi protocols have seen over the last year. Over $2.2 billion of those funds, which represent 72% of 2021’s total, were stolen from DeFi protocols. 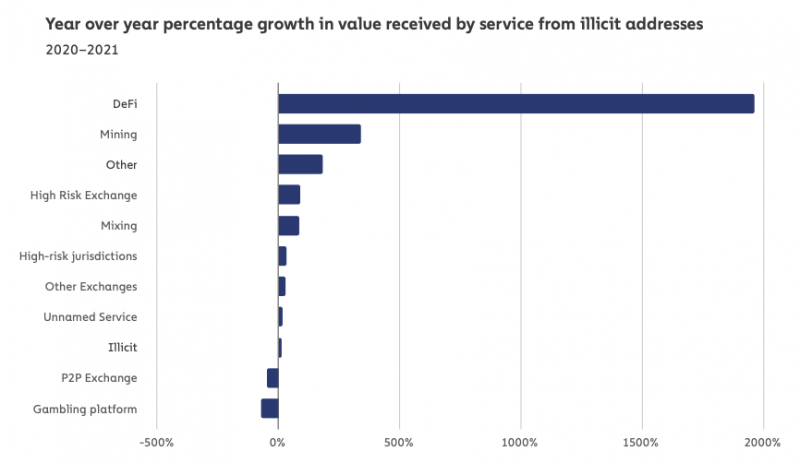 Chainalysis attributes the increase in funds stolen from DeFi protocols to the rapid growth the space has seen in the past two years.

“In other words, as DeFi has continued to grow, so too has its issue with stolen funds, the company concluded in the report.”