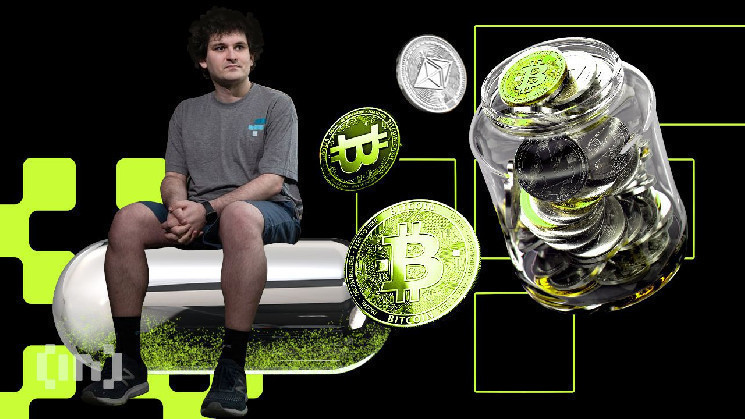 Crypto News: Here are the most popular stories from across the cryptosphere as featured on BeInCrypto this past week.

The biggest story over the past week has been the arrest of Sam Bankman-Fried by police in the Bahamas. The FTX founder was charged with eight criminal counts, including fraud, by the US Department of Justice. Just prior to his arrest, Bankman-Fired was rounding out the last days of his freedom by making a series of statements.

Prior to his arrest, Bankman-Fried spoke with the BBC from his residential complex in the Bahamas earlier in the week. He said his primary concern was finding a way to reimburse the users of his failed crypto exchange. The former CEO added that he would “give anything” to start a business in order to do so.

Regarding the prospect of arrest, Bankman-Fried said he was deliberately making an effort not to think about it. “There’s some time at night ruminating, yes, but when I get up during the day, I try and focus, be as productive as I can, and ignore things that are out of my control,” he said.

During the final interview before his arrest, Bankman-Fried shared his thoughts on his rivalry with Binance CEO Changpeng Zhao. “Obviously, I can’t know for sure, but my guess is he played me,” Bankman-Fried said of Zhao. “He played it quite well over the past couple of months.” Bankman-Fried attributes his downfall to Zhao’s “carefully thought-out plan,” which “was well constructed and obviously quite effective.” The former FTX CEO was arrested just hours after making these statements.

The actions of Bankman-Fried have subsequently caused difficulties for many other crypto companies. Now, Robinhood could be the next among trading platforms that are adversely affected by their association with FTX.

Earlier this year, Sam Bankman-Fried bought a 7.6% stake in Robinhood, which now raises concerns the position could be liquidated. However, Robinhood CEO Vlad Tenev, told CNBC that Sam’s stake would get locked up in bankruptcy proceedings. Already, his possession of the shares is being contested by a lawsuit from BlockFi.

Meanwhile, overall global market conditions along with the crypto winter have severely impacted the price of Robinhood shares. It is down 88% from an all-time high in Aug. 2021. However, a note from Citi analysts warns investors of “potential fallout from FTX impacting crypto trading revenues and the customer base.”

Yet, as more crypto lawsuits pile up, some others get resolved. A California judge dismissed a class-action lawsuit against celebrities for promoting cryptocurrency. These celebrities included Kim Kardashian and Floyd Mayweather Jr.

The prosecutors claimed the celebrities’ endorsements had fooled their clients into purchasing EtheremMAX for an inflated price. However, the judge explained that the plaintiffs’ allegations ultimately lacked sufficient backing, arguing that investors also bear a certain responsibility for themselves.

This Week in NFT Sales

Sales in non-fungible tokens took a noticeable dip this past week. The number of sales sank at almost the same rate as the number of sales as the days passed. Sales dipped from roughly $22.5 million on December 10 to just $10 million by December 15. Nearly doubling its sales from last week, however, at the top of the charts remains the Bored Ape Yacht Club Collection (BAYC) with $39 million in sales. 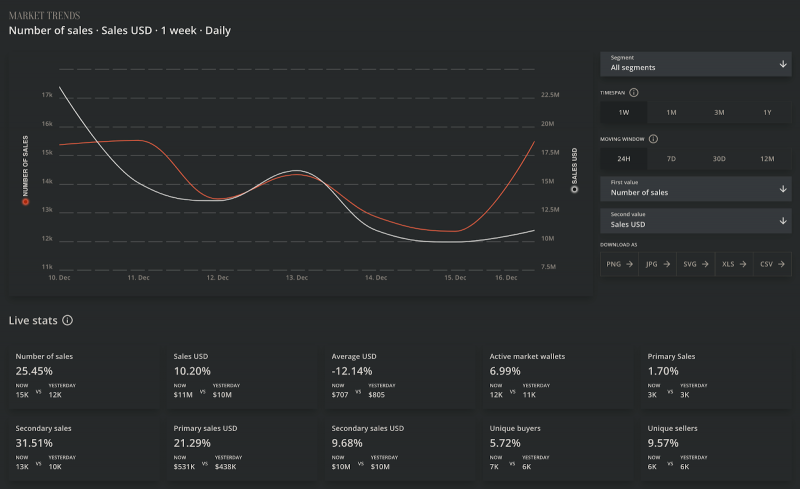 Among the five altcoins that increased the most over the past week, Toncoin increased more than double the runner-up. The Telegram-associated blockchain network saw some 30% gains over the past week. Runner-ups XDC Network (XDC), OKB (OKB), and Bitcoin SV (BSV) have all increased by roughly 12%. 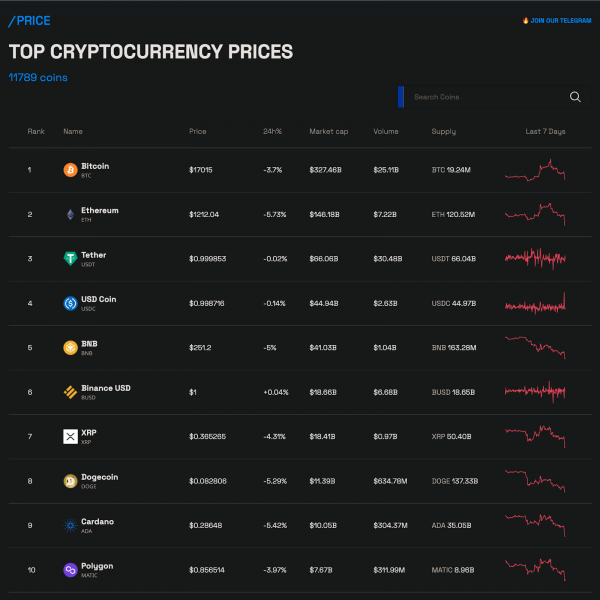 On the flip side, the biggest losers of the week were Chain (XCN), Trust Wallet (TWT), Flow (FLOW), Dogecoin (DOGE), and Filecoin (FIL).

Bitcoin received the most amount of social mentions with just over 2 million last week, according to Lunar Crush. Ethereum came in second at 1.2 million, while Binance Coin achieved third with just over half a million. The latter has likely been driven by concern over surging withdrawals from the exchange this week. 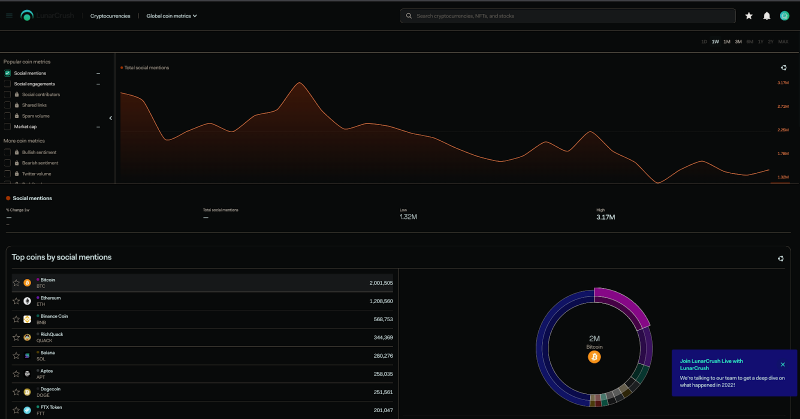