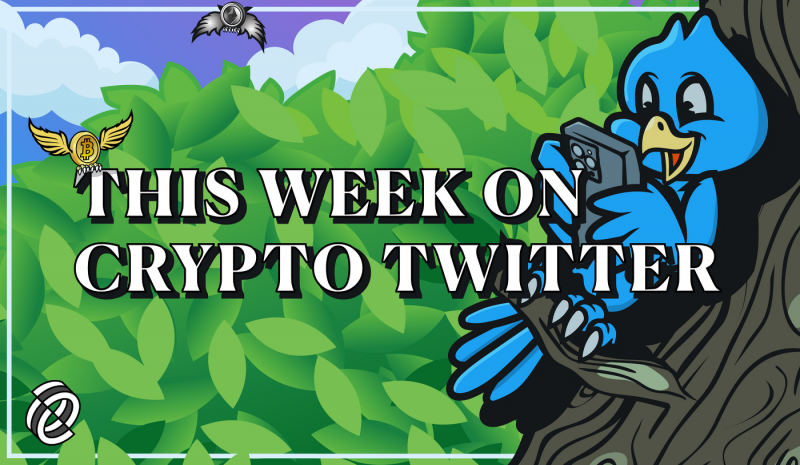 Illustration by Mitchell Preffer for Decrypt

Twitter is still feeling aftershocks from Tesla CEO Elon Musk’s decision to take a 9.2% stake in the platform.

On Monday, Twitter CEO Paral Agrawal posted a note to let everyone know that Musk would no longer be taking a board role, a move that Agrawal had announced the previous week.

Elon has decided not to join our board. I sent a brief note to the company, sharing with you all here. pic.twitter.com/lfrXACavvk

Just before midday UTC on Thursday, Telegraph technology editor James Titcomb shared a rumor that Elon had offered to buy Twitter outright for $54.20 a share, considered by some a cheeky weed reference. (Twitter shares were trading at a shade under $47 earlier today.)

I made an offer https://t.co/VvreuPMeLu

Later that day, Musk appeared at Ted2022 in Vancouver, Canada, where he shared his priorities for Twitter, which include hosting the code on GitHub, and cracking down on spam.

What Elon Musk Could Do for Crypto Twitter and Dogecoin

Musk wasn’t the only crypto-savvy billionaire talking Twitter last week. Among them was Tron CEO Justin Sun, who tweeted support of substantial changes to the platform.

I believe @Twitter is far from unleashing its full potential, thus I am offering $60 per share to take the platform private. But we fully support the reform initiatives of @elonmusk and would love to see Twitter becoming crypto-native and Web3 friendly.

Sun also tweeted about how he envisions an “offshore” Twitter that is more “neutral and less U.S.-centric.”

Others were less effusive. Dogecoin co-creator Jackson Palmer saw a sinister side to Musk’s potential takeover.

It takes some pretty impressive mental gymnastics to associate any type of «freedom» with the richest man in the world initiating a hostile takeover and forcing one of the largest public social media platforms private.

Meanwhile, FTX exchange co-founder and CEO Sam Bankman-Fried laid out a vision in which Twitter could be decentralized and monetized using Web3 tech. Bankman-Fried proposed Twitter could charge a cent for tweets, while also hosting ads on the user interface and using that revenue to pay network fees.

b) UI level; the UI could monetize as well.

On a related note, Block CEO and Twitter co-founder Jack Dorsey had a brief spat with Robinhood CEO Vladimir Tenev, who was just minding his own business riffing on Dogecoin, long a Musk favorite. The exchange ended with Tenev inviting Dorsey to buy BTC on Robinhood.

After 8 months of literal, blood, sweat, and tears… I’ve completed my passion project

Twitter user Zackxbt (@zachxbt) replied by hitting Paul with allegations over a rug pull on a previous drop. (A rug pull is when a project solicits funds from the public, then disappears suddenly with the funds without fulfilling its promises, typically a token drop.)

Remember when you rugged everyone for millions with these cash grabs just last year.

Twitter user Cryptavali (@cryptavali), who claims to be “head of NFTs” at Degen Finance, had a joke at the expense of Paul’s already tarnished reputation.

“It all ties, to my entire life.”
Goes on a 3 month vacation using rugged funds from previous projects taking Polaroids to use in a new rug.

What is the solution? How can we make women feel safe at male dominated events?

I want to hear from men. pic.twitter.com/rhs7hzOW0J

She welcomed others to share similarly horrific stories, asking, «What is the solution? How can we make women feel safe at male dominated events?»