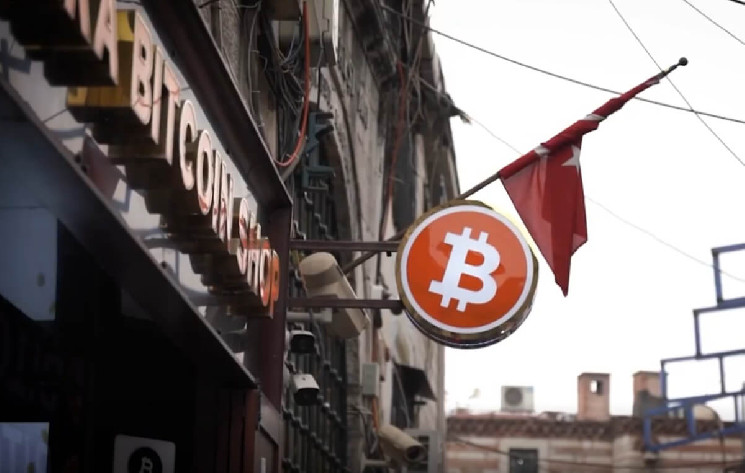 The Turkish government is working on plans to get its citizens to hand in ‘under the mattress’ gold in its latest scheme to prop up the value of its national currency, the lira. But according to some, the country would have been much better off had it just embraced bitcoin (BTC).

According to a Financial Times report from this week, the Turkish government has already made deals with five gold refineries to help convert gold jewelry handed in by citizens into gold bullion that is to be added to the central bank’s reserves.

The deals with the refineries come in addition to a collaboration with more than 30,000 gold shops, which Turkey’s finance minister, Nureddin Nebati, said would play a central role in the scheme. That is according to unnamed sources cited in the Financial Times report who were present during a meeting with foreign investors in London this week.

According to the same sources, the finance minister said the government hopes that 10% of the USD 250bn worth of private gold it estimates is held by Turks will be handed over as part of the scheme.

The scheme was also briefly described in a press release from the Turkish central bank in December, saying it is intended to “support financial stability.”

Commenting on the Turkish plan to convert citizens’ gold into lira, George Kikvadze, co-founder of blockchain infrastructure provider Bitfury, said on Twitter that it would have been “much smarter” for the Turkish government to instead embrace bitcoin.

If Turkey had embraced BTC, “[i]ts citizens and Central Bank would have been sitting on tens of billions in assets now,” Kikvadze added.

But although the government may be reluctant to the idea, Turkish people have already embraced bitcoin in record numbers, according to several reports.

For instance, mainstream media outlets such as The Wall Street Journal have repeatedly reported on how Turks “pile into” bitcoin and stablecoins such as tether (USDT) to escape the depreciation of the lira. Meanwhile, according to a video report for the same newspaper from Turkey’s largest city Istanbul, crypto exchange offices and related ads can now be seen “all over the city.”

The news about Turkey’s latest plan to boost the lira by getting its hands on citizens’ gold follows a visit by El Salvador’s pro-bitcoin President Nayib Bukele to Turkish President Recep Erdoğan in January. Ahead of the state visit, Bukele tweeted: “First of all, greetings from El Salvador, the land of Bitcoin, to all of Turkey.”

The visit fuelled hopes among some in the bitcoin community that Erdogan would be inspired to follow El Salvador’s embrace of bitcoin, but no bitcoin-related news have so far emerged from the meeting.

The troubled lira and the crypto bill

Back in December of last year, President Erdogan said during a press conference that the government had finalized the country’s first crypto bill, and that it was ready to be sent to parliament for formal approval.

However, it remains highly uncertain if the bill is in fact good or bad news for crypto users in the country, given the earlier statements from the President saying he has “absolutely no intention of embracing cryptocurrencies,” and that the country is in a “war and struggle against them.”

US dollar to Turkish lira exchange rate since 2021:

In a note by analysts at Goldman Sachs, the move was described as “very significant,” although it is still “unlikely to structurally stabilize inflation or the exchange rate,” CNBC reported.

And while the measures appeared to have stabilized the lira’s exchange rate with the dollar, inflation is still running rampant in Turkey, reaching a whopping 48.7% in January.

“What happens next will shed light on the government’s unconventional interest-rate approach: Will goods availability increase or inflationary expectations worsen,” Mohamed El-Erian, the President of Queens’ College at Cambridge University, asked his followers on Twitter after the release of the shocking inflation figure.

“Bitcoin,” one follower wrote in response.

For now, it is still unclear if Turkey’s previously hostile attitude towards bitcoin and other cryptoassets will remain, or whether the country will adjust its stance. What is clear, however, is that the citizens of Turkey have already discovered bitcoin, and that preventing them from preserving their wealth in it is becoming increasingly difficult.