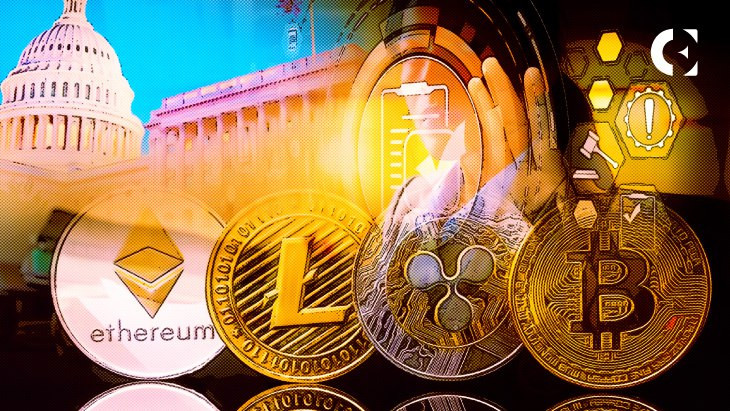 Significantly, the Federal Open Market Committee (FOMC) calculated the “terminal rate”, a point at which the interest rate is expected to reach, by analyzing the “dot plot” of individual members’ expectations. Out of 19 dots, 17 showed that the interest rate would go beyond 5% in 2023.

Thus, as per the analysis, the expected terminal rate was 5.1%, which is equivalent to a target rate of 5% – 5.25%, a rate that is much higher than the 4.6% forecasted in November.

Subsequently, the Chinese reporter Colin Wu, tweeted on his Twitter account Wu Blockchain, that the Fed’s estimation of the higher interest rates and the unemployment rate at the end of next year suggests the Fed’s understanding of the entrenched inflation:

WSJ: US Fed expects to raise interest rates to 5.1% by the end of 2023, with GDP growth forecast to be just 0.5% next year and unemployment to climb to 4.6% from 3.7% now, which suggests the Fed thinks inflation is more entrenched than investors. https://t.co/K6XXVoACbv

Though in September 2022, the Fed officials released the interest forecasts with a 4.4% rate and 4.6% for the next year, in the following meeting in November, Jerome Powell announced the increase of the interest by 0.75%.

Notably, during the conference in November, Powell commented on the crucial condition of the economy where there is little chance of a drop in rates:

The question of when to moderate the pace of increases is now much less important than the question of how high to raise rates and how long to keep monetary policy restrictive.

To sum up, an analysis of the economic forecasts over the past few months shows that the interest rates are moving faster, where even the estimations need to be increased from the previously calculated terminal rates.