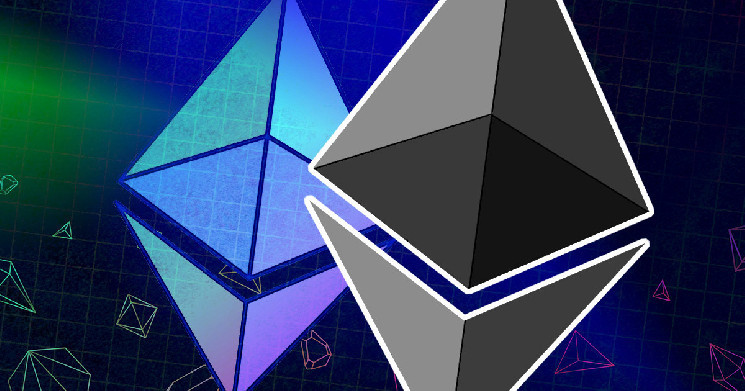 Ethereum is finally moving to proof-of-stake this year, and with that, the aim is to:

“Ultimately address some of the gas fee issues.”

One of the primary methods to reduce gas fees are layer-2 solutions. Chains such as Polygon process over 3 million transactions per day and have hundreds of millions of addresses.

The question is, will layer-2 networks like Optimism, Boba Network, Arbitrum One, and Polygon be viable after The Merge? We spoke to various web3 founders to get their perspectives on the most significant event in crypto history.

Layer-2 networks work on top of the Ethereum network, referred to as Layer-1. There are several types of Layer-2 protocols. Essentially, layer-2s independently process transactions to complete more transactions per second with lower gas fees; the transactions are then registered in the Ethereum blockchain at a later time.

“Greater efficiency and their better ability to handle and recover from attacks.”

The increased efficiency of Ethereum may be of benefit to layer-2s. Alan Chiu, CEO/Founder of Boba Network, a Layer 2 Optimistic Rollup scaling solution, told us:

“As Ethereum L1 becomes more efficient, L2’s will simply become that much more efficient right alongside, all while maintaining their current added benefits.”

“Ethereum-based scaling solutions (L2) scale with ethereum, so if ethereum scales in the future (sharding), L2s also scale. if Optimism is 10x faster than L1, then Ethereum is 10x after sharding, Optimism is 100x.”

Ahmed Al-Balaghi, the co-founder of Biconomy, a multichain relayer protocol, explains, “even after the merge, to really get to mainstream adoption, we will need as many scaling solutions as possible.” Mainstream adoption is a long way off even with the increased popularity of crypto since 2020, with just 4% of the population owning crypto in 2022.

As adoption increases, the demand for networks such as Ethereum will grow exponentially. Poapster, a contributor to Harvest Finance, a leading DeFi yield farming protocol, believes that:

“We will see is that Ethereum will become the universal settlement layer and all the different L2’s and EVM compatible chains will be where the majority of smaller transactions take place.”

Therefore, it seems that the industry believes that Ethereum layer-2 solutions have a prominent role in the future of the network. Brian Fu, Co-Founder of zkLend, a money-market protocol leveraging zk technology, is extremely bullish on the future of layer-2s.

“L2 ecosystems have reached critical mass to support volume and activity which will lead to an explosive network effect… users have already begun shifting over to rollup networks, as seen by the L2 TVL growth on L2BEAT.”

Increased use of dApps

With increased opportunities for scaling, Puff, Contributor to the Iron Bank, a leading platform on Ethereum, believes that the merge:

“Would bring us one step closer to shard chains. With sharding deployed, we anticipate that the improved scalability and capacity on Ethereum will reduce costs and increase the accessibility of decentralized applications.”

The utilization of dApps will directly correlate with increased participation in the network. A scalable and fast-transacting, decentralized network allows individuals to control their own assets, identity, and finances free from centralized control.

Thibault Perréard, Head of Strategy at Bifrost, argued that it will not be proof-of-stake but “layer 2 solutions [that] will become the real catalyst to releasing the future potential of Ethereum and truly implementing the vision of DeFi.”

Proof-of-stake is considered more environmentally friendly, although there are many arguments against this idea. Interestingly, Chris, Co-Founder at Eden Network, suggests that proof-of-work may still not be over for Ethereum;

“Computing the proofs needed for zero-knowledge rollups (and other zk applications) requires enormous computing overhead – what happens to all the mining equipment when the merge happens? Does it just gather dust or will a market develop where miners have an opportunity to repurpose their GPUs to secure these new networks?”

Proof-of-work maximalists will argue that layer-2 networks will have no purpose after The Merge and that Ethereum itself will fail. There are also others like Tyler Perkins the CMO of zkSync, who don’t believe The Merge will affect layer-2s.

He told CryptoSlate that The Merge will have “no impact” and that “L2s will be most impacted by sharding, which is planned for after the merge, as it will increase the amount of data storage available to rollups, dramatically increasing their throughput.”

For the majority of people we spoke to, there seems to be overwhelming support for the future of layer-2s. When The Merge happens this summer, we will all find out who is correct.