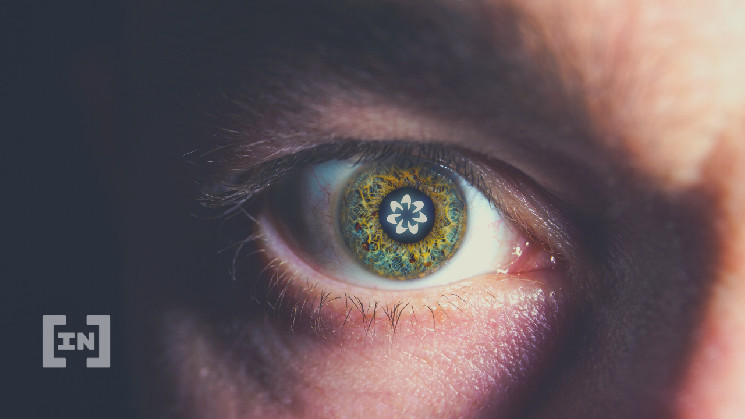 Worldcoin has announced an upgrade to its system and promised better protections for users to address privacy and centralization concerns that have dogged the cryptocurrency company.

Led by Silicon Valley tech millionaire Sam Altman, the firm made headlines in 2021 by paying people to volunteer their biometric data.

But it was criticized over a litany of issues including the risk of fraud and a lack of protection on the collected data. Analysts also pointed to the threat to user privacy and decentralization as an affront to the founding principles of bitcoin (BTC).

In a blog post, Worldcoin said it was deploying what it calls proof-of-personhood protocol – a mechanism that leverages zero-knowledge proofs (ZKP) to allow for anonymous actions.

“We wanted to de-link the biometrics captured from the wallet and any transactions and uses of the protocol, to ensure users’ privacy and anonymity,” it said, in reference to the device the company uses to scan peoples’ irises.

The target is to capture the biometric data of some one billion people by 2023, and hundreds of thousands of eyeballs have been scanned so far.

Worldcoin said it is using a privacy protocol built on top of the Ethereum (ETH) blockchain called Semaphore. The protocol allows users to prove their membership, in this case to Worldcoin, without revealing their true identity.

It is the same technology used in mixing services that obscure crypto transactions in order to make them more difficult to trace.

“Semaphore allows us to add anonymity to a specific action, but also makes it very easy to reuse the setup for new applications, making future use cases possible,” Worldcoin detailed, adding:

“We need this to make sure that no one can link your wallet to your biometrics and apps can’t track you around.”

The company said it had faced challenges giving one billion people free money through an airdrop without the sort of infrastructure needed to protect user privacy while preventing the possibility of individuals being paid more than once.

It has now adopted and improved an open-source zero-knowledge rollup project called Hubble, which it says “allows a highly efficient, but also permissionless and non-custodial airdrop at the scale of one billion people.”

“Worldcoin started with the goal of airdropping a token to every single person,” the company said on Twitter.

“Along the way, we realized there was no privacy-first way of ensuring tokens would only be claimed once by each person. So we’re building one and opening it up for anyone to use.”

According to its website, Worldcoin calls itself a “new, collectively owned global currency that will be distributed fairly to as many people as possible.” It built a device called Orb, which is used to scan peoples’ irises and capture unique biometric identifiers.

The identifiers are then “converted into a short numeric code, making it possible to check whether the person has signed up already.”

While Worldcoin says it is working to improve user privacy, analysts have argued that it is still hard to cast away doubts over issues of a private company collecting personal data and its potential use in the future.

“Worldcoin owns the database that stores the biometrics and/or hashes…vendor lock-in is against the Principles of Identity for SDG, data portability is required; they are the only supplier of the Orb too,” he outlined.

“Worldcoin controls the template from which biometric hashes are made, what happens when the ability to replicate the template gets into the wild? Worldcoin still fails so many of the basic principles…the right to be forgotten.”

Reid added that the platform does not allow users to edit, or manage, their identities once they enter the data and that creates concern. The worry is that the data being accumulated by Worldcoin could end in the wrong hands.

It adds to a recent debacle over cryptocurrency services accused of sharing client data with world governments.

Ape-themed airdrop phishing scams are on the rise, experts warn

Ape-themed airdrop phishing scams are on the rise, experts warn