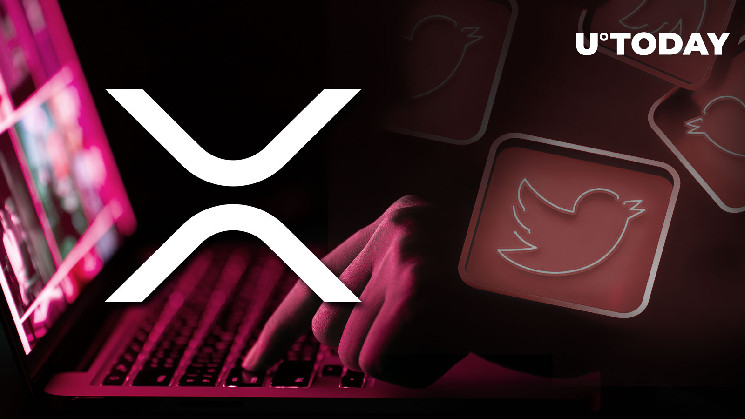 This was done in order to promote a fake XRP giveaway on the social media platform.

The hacker started spamming an image of Garlinghouse’s face with the caption «XRP is the future! Definitely!»

They are urging users to visit a website to get their «first come, first served» gift in XRP worth up to $100 million. 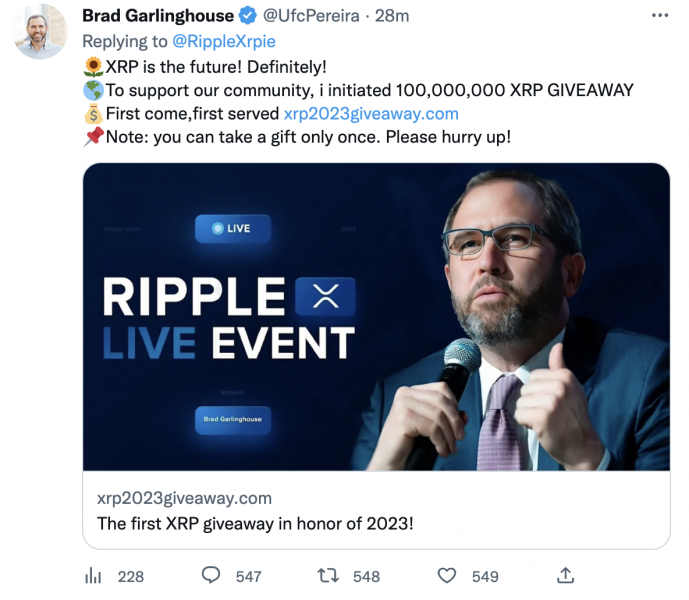 Of course, the website is affiliated with neither Garlinghouse nor Ripple and exists solely to gain access to unsuspecting victims’ wallets.

Some users quickly spotted the scam and alerted the website’s support teams. Some of the fraudulent tweets have been deleted.

In the past, Garlinghouse himself repeatedly warned people about scammers impersonating him on social media.

Cryptocurrency scammers regularly impersonate celebrities on social media to promote fake giveaways. They use accounts they create in the celebrities’ names or hijack the existing accounts of fans who have been hacked in order to post on behalf of the celebrities. They may also use bots to flood social media platforms with fake likes, shares and comments from «supporters» who praise the offer in an attempt to create fake hype and FOMO (fear of missing out). These scams have become more sophisticated over time, making it harder to spot them.

If you come across something like this online, it is important to be extra vigilant and always check the authenticity of any cryptocurrency-related offer.