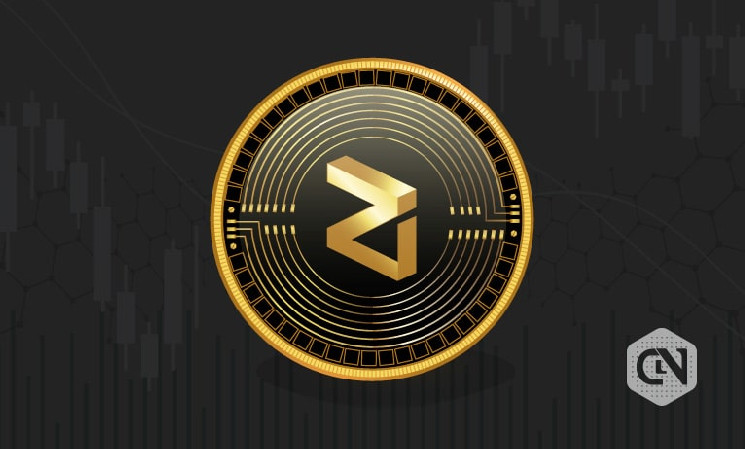 Lately, major cryptocurrencies are being redlined and delisted for fear of a possible scam. Despite its downtrend movement, Zilliqa continues to be listed across the major exchanges. With market capitalization ranking from $4 billion to under $300 million hostile, price action will not recede any sooner.

ZIL ranks 88th position in the top 100 cryptocurrencies. Of its huge maximum supply volume, nearly 76% of tokens are in circulation. There has been news of ZIL working on their gaming consoles and other technical features, but it has been a transaction processing blockchain utilizing sharing method.

Zilliqa has been one of the worst-hit cryptocurrencies in recent months. The decline of previous months has been non-stop, with each consolidation creating a follow-up decline to new lows. April 2022 was the last positive jump, which has become a distant dream for retesting. Read our Zilliqa price prediction to know if the token can begin a positive journey. 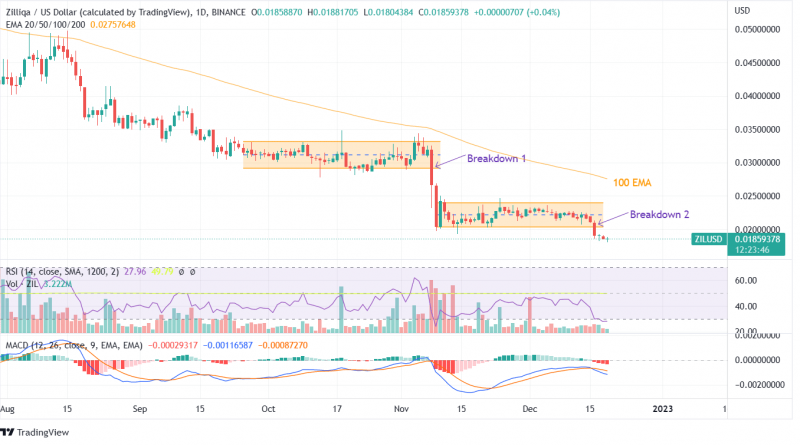 The drop in transactional volumes projects the vicious story of lesser buying participation. Holders are waiting for a miraculous breakout, while there has been no stopping, even for a short retracement.

The after story of the May 2022 decline saw ZIL creating a resistance level at $0.06, which was followed by $0.05 and further down. The declines were so consistent in nature that the current resistance has reached $0.02.

This price action thus showcases an approximate decline of 75% from the peak values after the April-May crash of 2022. ZIL, on historical levels, has reached the lows of November 2022. Ironically, in November 2022, ZIL made a huge uptrend.

The hype around this Zilliqa token has died down, and now the weight of the declining cryptocurrency falls amongst the buy-on-dip investors. In the short term, both technical indicators have maintained their distance from the projection of any positive outlook from this token. RSI reaching below 30 levels and ZIL dropping under $0.02 haven’t been able to incite buyers into trading this cryptocurrency.

The sellers might have taken a sigh of relief having passed this token. On closer look, even the MACD indicator showcases a progressive negative movement further below the current support levels. 100 EMA has tanked from $0.08 to $0.03 in the last few months; as such, the positive outlook of this token is rapidly diminishing.